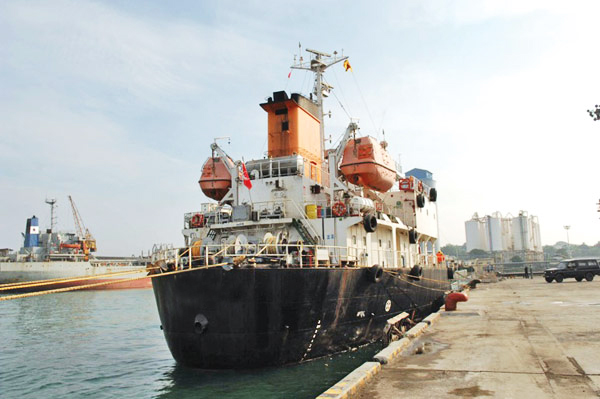 Shell Petroleum Development Company (SPDC) says Nigeria is losing five billion dollars annually to oil bunkering in the Niger Delta region. The Managing Director of SPDC, Mutiu Sunmonu, disclosed this on Wednesday in Abuja while on a courtesy visit to Zainab Ahmed, the Executive Secretary of the Nigeria Extractive Industry Transparency Initiative (NEITI). “Our greatest challenge is about criminal activities where people steal crude every day. Nigeria is losing at least 5 billion dollars every year as a result of criminals stealing our crude, exporting our crude illegally. “People stealing crude and refining them illegally – that is what I believe we need to worry about,” Mr. Sunmonu said. He said vandalism constitutes a serious problem to Shell’s operation in the country and called on all stakeholders to forge a strong synergy to deal with the challenge. The Shell boss, who commended NEITI for its effort at ensuring transparency in the petroleum sector, also called on it to join the fight against oil theft in order to boost government’s revenue collection. “I really want to seize this opportunity to encourage the NEITI to also lend a voice into stopping this menace of crude oil theft; it is something which I really worry about. “It is the one thing that gives me sleepless nights because if you don’t stop this, I can guarantee you that the revenue from oil business to the government in particular, will continue to dwindle. So, that should be our area of focus,’’ he said. Mr. Sunmonu said Shell is committed to transparency in its operations in line with international best practice and NEITI Act. He reiterated the company’s commitment to maintaining social responsibility to its host community and improving its general operations in the country adding that as part of its social responsibility, Shell had developed a scheme in which it would provide funds for communities to finance projects that would enhance their standard of living, rather than just provide facilities that the community might not need. Earlier, Mrs. Ahmed expressed optimism that the visit by Shell would help improve the process of auditing and reconciling the accounts of the oil companies in the country. “Over the years, there has been a missing gap in NEITI’s engagement with the companies in Nigeria resulting in fear, distrust, information gap and resistance to comply with NEITI audit requirements. “I hope that by your visit today, a new chapter has been opened in the relations between NEITI and companies in general and Shell in particular.’’ She stressed the need for oil companies, civil society organisations, and NEITI to forge a closer working relationship that would improve revenue management and accountability in the sector. Mrs. Ahmed spoke of the need for oil companies to live up to their social responsibilities in order to be able to operate in a friendly environment devoid of oil spills. The NEITI executive secretary also urged the oil companies to always pay their taxes and royalties as at when due.