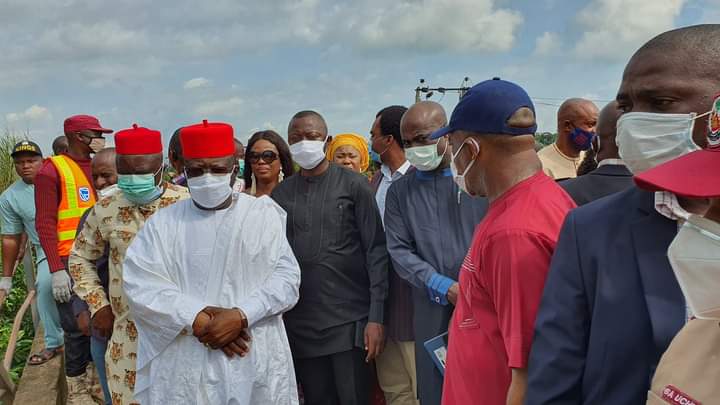 Governor David Umahi at the scene.

President Buhari described the unfortunate incident as a colossal loss of human lives.

President Muhammadu Buhari and the governor of Ebonyi State, David Umahi, have mourned the death of over 30 persons in the accident which happened at the Akaeze-Ukwu River.

A bus, conveying several people on Friday, travelling along the Akaeze-Ishaiagu Road, in Ivo council area of the state, plunged into a river, leaving more than 30 persons dead.

Four persons were rescued alive while the bodies of 15 dead persons have been recovered between Friday and Saturday.

In a statement issued by his Senior Special Assistant on Media and Publicity, Garba Shehu, President Buhari described the incident as a colossal loss of human lives.

“We are saddened and aggrieved at this colossal loss of human lives,” the president said, adding that the thoughts and prayers of the government and people of Nigeria are with the families of the victims of this accident. 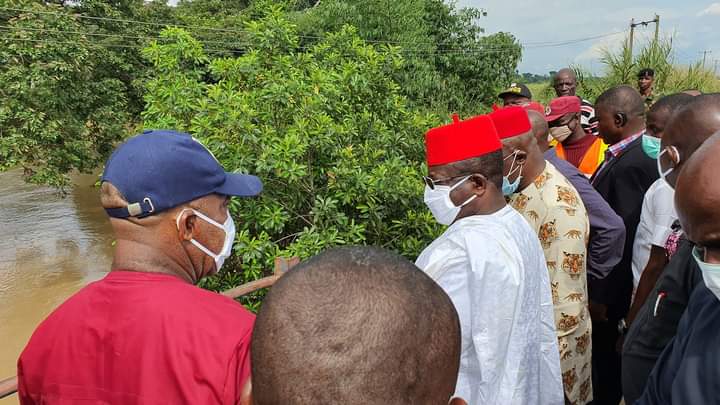 He commended the Ebonyi State government for spearheading the rescue and recovery efforts as well as the support it has received from the neighbouring state governments in that regard.

Mr Umahi, on Saturday, visited the Akaeze bridge, the scene of the tragic accident that reportedly claimed 30 lives.

The governor who was visibly saddened by the ugly incident with misty eyes ordered a full investigation, warning drivers to always exercise caution while plying routes. 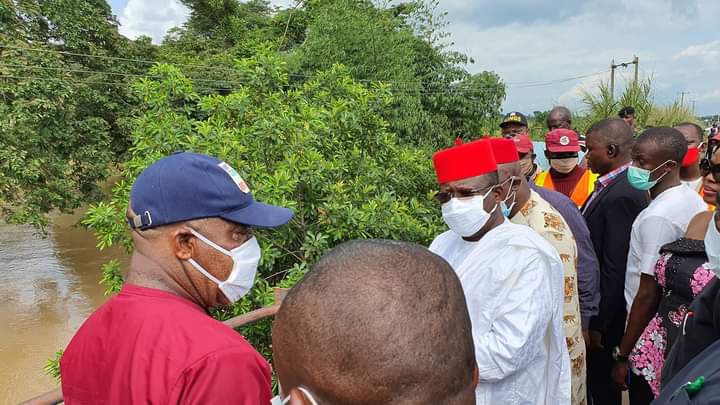 Mr Umahi sympathised with the families of the deceased, saying, “I am saddened over this ugly incident. It is indeed devastating but we cannot question God.

“I sympathise with the families of those that are involved in this ugly incident and urge them to look unto God in this trying time as only Him can close the vacuum. 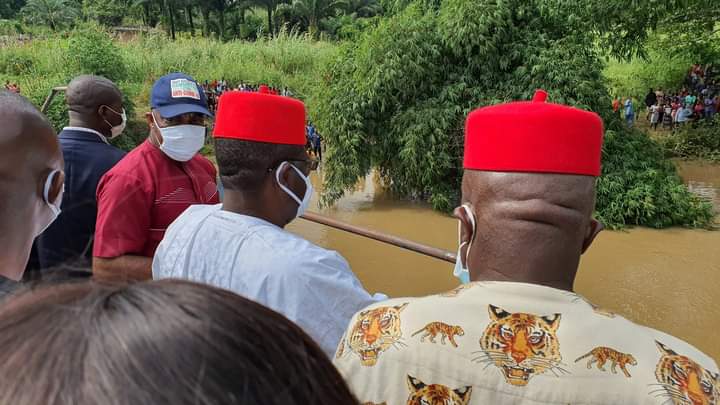 “I equally call on all the security agencies to as a matter of urgency, expedite action in unveiling the reason behind the ugly occurrence as I urge drivers to always exercise caution while plying routes.”

Meanwhile, a search is still ongoing for the remaining 13 persons.