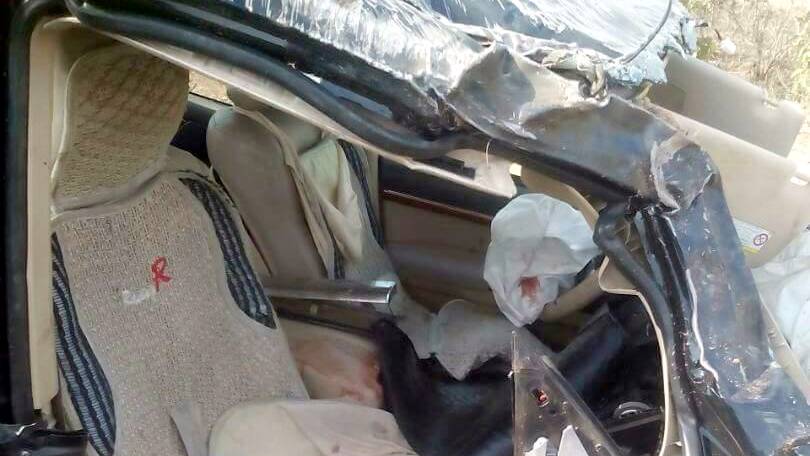 The wreck of the car after the accident

The Sector Commander, Andrew Kumapayi, told the News Agency of Nigeria (NAN) in Awka that the accident occurred about 9 a.m.

Mr Kumapayi said that the driver of the truck marked MAR210XA allegedly lost control due to speeding and rammed into four other vehicles.

“The corpses of the victims have been deposited at Righteous Undertaker Funeral Home Service Mortuary and the injured victims were rushed to Chukwura Hospital, Obosi by sympathisers before FRSC officials arrived,’’ Mr Kumapaiyi said.

The sector commander said that the FRSC rescue team from Upper Iweka Outpost were on ground to ensure free-flow of traffic.

While sending his condolences to the families of the dead, Mr Kumapayi warned motorists against driving above recommended speed limits.

“Drivers should drive with common sense and adhere to speed limits so as to have control over their vehicle at all times and avoid unnecessary road traffic crashes and death,” he said.

At least 21 inmates died from COVID-19 in Philippines