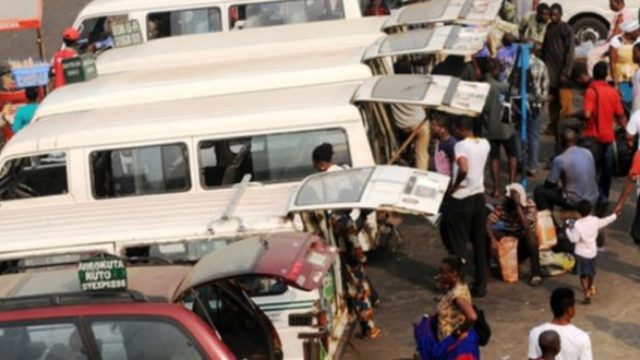 A Motor Park used to illustrate the story

Some passengers travelling outside Enugu State on Wednesday groaned as transporters increased transportation fares, following the lifting of the ban on interstate travel by the Federal Government.

Some passengers who spoke with the News Agency of Nigeria (NAN) correspondent at various motor parks, said they were surprised by the alarming increase in the transportation fares.

Edward Ilorah, a passenger at Holy-Ghost Park, said the transporters increased the fare by 100 per cent.

“I came out this morning to board a bus going to Lagos only to find out that the transport fare has gone up by 100 per cent.

“I know it is normal to increase transportation fare due to the COVID-19 pandemic but not as high as this,’’ he said.

Ijeoma Nze, another passenger, said she could not afford to pay N10, 100 to Lagos because as a student, she was stranded in Enugu throughout the lockdown after the closing of schools.

“I am a student in Enugu State University of Science and Technology (ESUT). I could not travel back home, so I decided to remain until after the lockdown.

“Now that I want to travel to meet my people in Lagos, I cannot afford the transportation fare,” Miss Nze said.

Timothy Igwe, a passenger at Old Park, said that transportation fare to Onitsha was higher than what it was before the lockdown.

Mr Igwe added that before now, he paid N800 to Onitsha as against the current price of N1, 500.

Peter Obike, another passenger travelling to Kano, expressed worry over the amount he was asked to pay from Enugu to Kano.

Mary Chukwu, a passenger at Garki Motor Park, said the transport fare to Port-Harcourt had increased from N2, 000 to N3, 600.

“The transportation fare will discourage many people from travelling, except on issues that are so important to them,” Mrs Chukwu said.

Reacting to the development, some transportation managers said the increment was as a result of physical distancing, which was one of the rules to be kept to prevent passengers from contracting the virus.

Ifunanya Egwu, a Manager of Ifeanyichukwu Motors, added that the luxurious bus of 60 passengers had started conveying only 30 passengers so as to keep to the rules of the Nigeria Centre for Disease Control (NCDC).