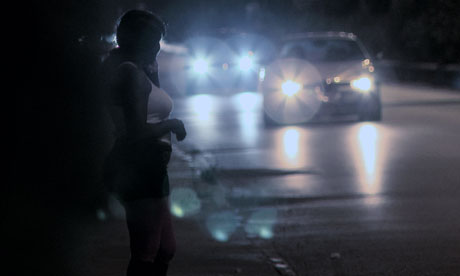 The Police in Ebonyi have arranged a 43 years old woman, Stella Okpara, in court for allegedly leading her 20-year-old niece, into prostitution.

She was arraigned before an Ebonyi Magistrate court in Abakaliki on a two-count charge.

According to the prosecution, the suspect had on several occasions led the victim to have sex with men in her apartment.

It said the suspect used Miss Chukwu for about a month at Ndiabofoke village in Ebonyi Local Government.

The defendant was said to have conspired with one other now at large to commit the act.

A police prosecutor attached to the court, Chinedu Mbam, said the two had committed offences punishable under sections 517 and 223(2) both of the criminal code cap 33 volume 1 laws of Ebonyi State of Nigeria 2009.

After the arraignment, the defendant’s counsel prayed the court to grant his client bail, saying the offence was bailable.

The magistrate, Blessing Ibeabuchi-Chukwu, granted the defendant bail in the sum of two million naira and one surety in like sum.

She said the surety must be resident within the jurisdiction of the court, swear affidavit of means and deposit his passport photograph.

The matter was later adjourned to Wednesday for hearing.

A hairstylist with whom the victim was an apprentice, Chizoba Okemiri, told our correspondent that she was familiar with the matter.

She said: “Chinasa was brought to me in April on Easter day by her mother, aunt and aunt’s friend for enrollment. Her mother pleaded that she would be coming to the salon with her son.

“Another apprentice in my shop later reported to me that men always visited the victim which I discovered and tried to stop her from seeing them. When I confronted her, she revealed that it was her aunt who arranged those men to sleep with her.

“I called her mum but she pleaded that she will come back as soon as the state borders are open.

“I became uncomfortable and had to report the matter to a staff of the Nigeria Television Authority Abakaliki who now informed FIDA to facilitate her rescue,” Mrs Okemiri narrated.