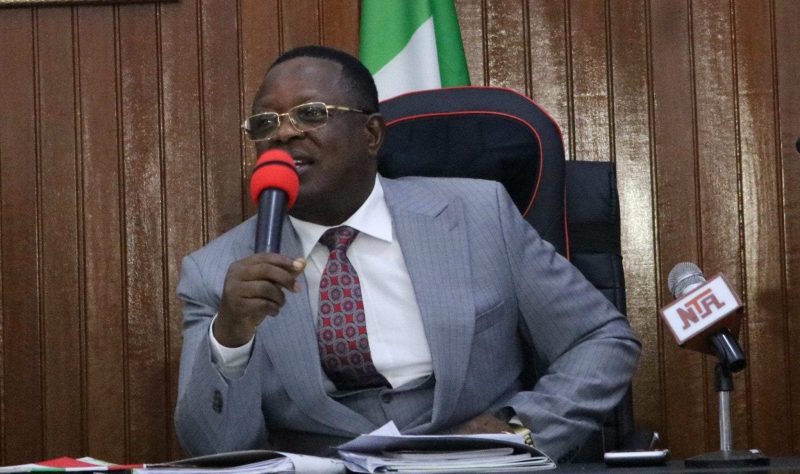 The Ebonyi State Government on Wednesday confirmed the second case of coronavirus in the state.

The 27-year-old patient was intercepted at Ishieke in Ebonyi Local \Government Area with his seven months old pregnant wife and a maid as they were coming into Ebonyi from Delta State in a bus, an official said.

He said that as the family could not move from Ishieke because of the curfew in the state, men of the anti-COVID 19 took them to the isolation centre at Pa Ngele Stadium, Abakaliki.

Mr Umezurike said the patient has been admitted at the state isolation centre for treatment.

“It is so unfortunate that yesterday we recorded the second case of coronavirus disease in Ebonyi State.

“It is actually a case of a 27-year-old male who was coming back from Asaba to Ebonyi state with his seven months pregnant wife and a made and on Sunday, the bus that was carrying them, stopped them at Ishieke junction in Ebonyi local government area of the state.

“Because of the curfew that was in place, they couldn’t get any means to get to their village where they were going to and while they were there, they encountered police who were on patrol and the policemen took them to Abakaliki stadium.

“We had to do a test on them yesterday and it came out positive. The wife’s own was inconclusive but the maid tested negative. Presently, the man has been moved to the isolation centre and he is being taken care of. He just had a minor intermittent headache that has resulted when we started giving him treatment. So, no other symptoms.”

The state had recorded its first case last Sunday.