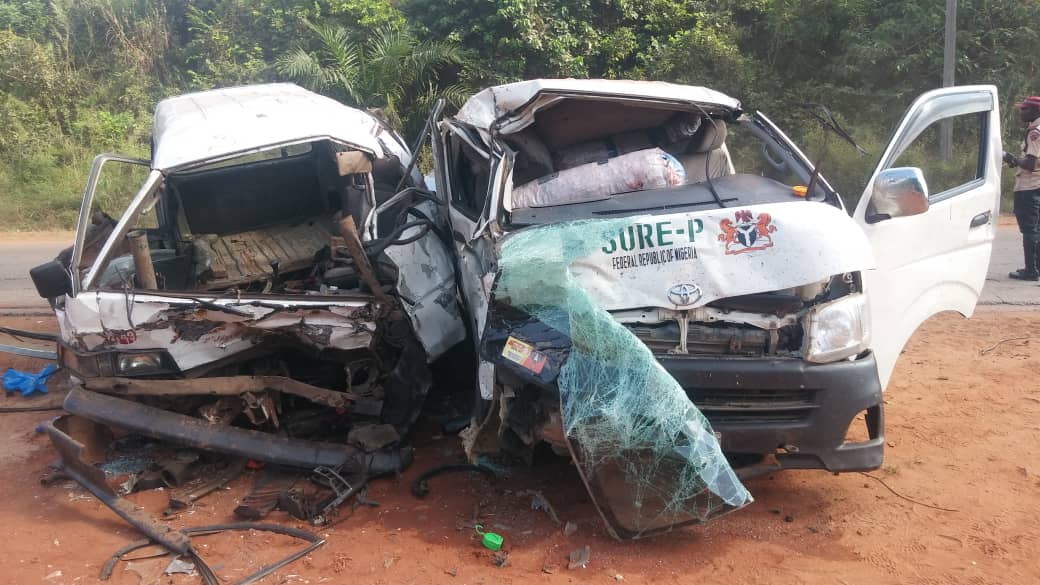 One person died on Saturday, while nine others sustained injuries in an accident involving two buses.

Mr Kumapayi said the accident occurred when an Onitsha bound bus fully laden with pepper wrongfully overtook a vehicle and rammed into another bus that was Awka bound in a head on collision.

He said the deceased was a male, while five males and three females sustained injuries.

“We got a distress call this morning that there was a crash involving two busses about 8 a.m. at Enugu-Agidi Junction.

“One life was lost and nine persons, six males and three females sustained varying degrees of injuries and have been rushed to hospital for treatment.

“The Toyota Hiace bus overloaded with pepper wrongfully overtook a vehicle and ran into another bus head-on,’’ he said.