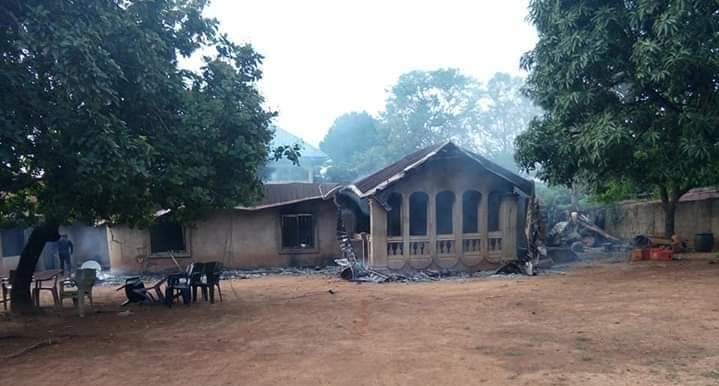 At least five persons were reported injured and hospitalised on Saturday after a clash between rival groups in Agubia town in Ikwo Local Government Area of Ebonyi State.

Also, three houses and three cars were burnt in the clash.

The groups, it was gathered, clashed over control of one of the biggest motor parks in the community.

The clash, it was further learnt, began at the weekend and continued till Wednesday.

A youth involved in the clash was reportedly killed but PREMIUM TIMES could not confirm this.

The police and the state’s commissioner in charge of Security and Border Peace, Stanley Emegha, also denied that anyone was killed.

It was also gathered that homes and vehicles belonging to some of the current leaders of the parks were vandalised and set ablaze by the opposing youth.

Agubia Motor Park is the central park where all the vehicles leaving and entering the community stops.

A source in the community told our correspondent that the clash was a fall-out of a supremacy battle between two opposing political camps in the area over political dominance ahead of the 2023 elections.

“The true situation is that politicians from the area are struggling for dominance ahead of 2023. Before now, boys loyal to a bigwig from the community have been in control of the park. But their tenure just expired and new leadership is expected soon.

“However, things were going on well all along until recently when some boys loyal to a rival chieftain of another party from the area suddenly resurfaced and started agitating for a change of baton.

“So, that was what happened. As I am talking to you now, one guy was killed yesterday(Tuesday), while vehicles and houses belonging to the other camps were set ablaze”

Reacting, the member representing Ikwo/Ezza South Federal Constituency, Chinedu Ogah, called on security agencies to arrest and prosecute anyone involved in the crisis.

“This is why I am interested in empowering the youth so that they will not indulge in such criminal acts”.

The senator representing Ebonyi Central Senatorial district, Obinna Ogba, called for calm and urged all youth and leaders from the area to stop taking any that can lead to further chaos in the area.

In a statement made available to journalists in Abakaliki, Mr Ogba called on security agents to restore peace in the area.

“As a senator representing Ebonyi central zone I encourage all stakeholders and security agents to quell this unnecessary and wanton destruction of lives and property in Agubia.

“I also use this opportunity to pledge my strong support for families that have lost their property and I will do my bit in offsetting hospital bills of the badly injured while encouraging the victims not to engage in a reprisal attack.”

The Commissioner of police in the state, Shola Awotinde, denied that anyone was killed in the incident.

He said about three houses and three cars were burnt.

On his part, Mr Emegha said the military and police have deployed officers to the area to restore peace and normalcy to the area.