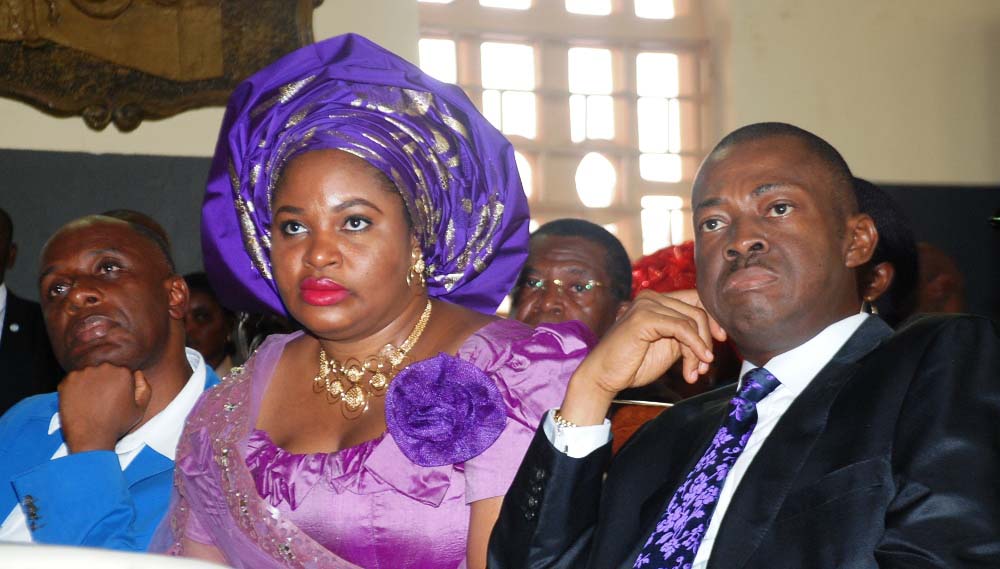 Why I abandoned my matrimonial home – Ex-Governor Chime’s wife

The estranged wife of former governor Sullivan Chime of Enugu State, Clara, on Monday told an FCT High Court Apo that she left her matrimonial home for fear of her life.

Clara, made the allegation while being cross-examined by the counsel to the former governor, Paul Onyia, in the petition filed by Mr Chime for the dissolution of their 11-year-old marriage.

Clara informed the court that she met her husband while he was Enugu State governor.

”I bought two vehicles – Lexus 570 SUV and a BMW S6 for myself while married to the former governor.

The former governor’s wife also informed that she bought her landed property from the Enugu State Housing Corporation, adding that she paid for it after leaving office.

“I have the title documents of the landed property,” she told the court.

She, however, disclosed that she did not know how much the former governor earned as pension, saying, “I have no idea of how much he is being paid as pension.”

The former governor’s wife also informed the court that she was involved in oil and gas business, adding that she had been living well despite not receiving maintenance allowance from her husband since 2013 they had been living apart.

She also alleged that her estranged husband has refused to allow her see her only child.

”I only see my child during Church service or social events whenever I am in town,” she said.

After listening to her testimony, the judge, Angela Otaluka, adjourned the case until October 14 for adoption of final written addresses.

Gov Uzodinma speaks on killing of residents, burning of market by Nigerian troops