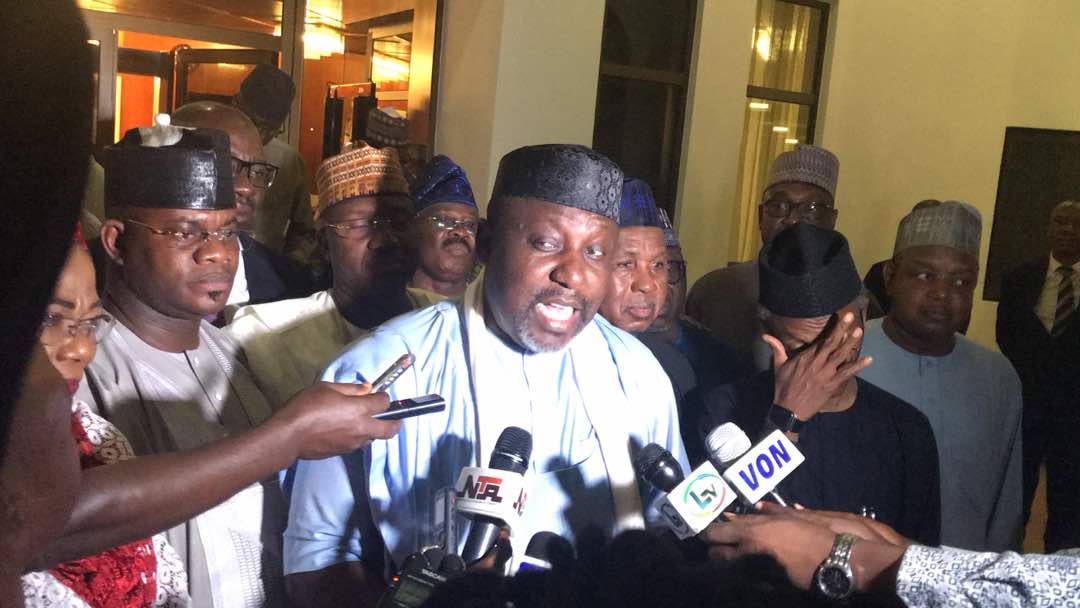 The Imo State Governor, Rochas Okorocha, has countered claims by President Muhammadu Buhari’s campaign council and the Peoples Democratic Party on who is to blame for the postponement of Saturday’s presidential elections.

After the postponement, Mr Buhari’s campaign council blamed the PDP for the postponement saying the opposition party “seriously needed this breather to orchestrate more devious strategies to try and halt President Buhari’s momentum.”

“Having failed in all their nefarious options to enable them cling on to power, the APC and the INEC came up with the idea of shifting election an action that is dangerous to our democracy and unacceptable,” PDP chairman Uche Secondus said in a statement.

Mr Okorocha, however, counters both groups.

The Imo governor says no political party should be blamed for postponement of the elections.

“The postponement of the election by INEC is an unfortunate development and also regrettable, but it is important to note that no political party should be blamed for the postponement, but rather on the challenges facing INEC.

“This is also not the first time the nation will witness such development during elections, it happened in 2011 and in 2015 respectively,” he said.

In a statement in Owerri on Sunday, Mr Okorocha attributed the postponement to challenges faced by INEC.

He said the ruling APC was ready for elections, describing the postponement as regrettable.

He urged INEC to ensure that all issues were ironed out within the week to ensure seamless elections in the country.

” I only want to urge INEC to use the week of postponement to resolve all the challenges it has and ensure that Nigerians have a smooth, free and fair elections.

He also urged Nigerians to show patriotism by maintaining peace and understanding.