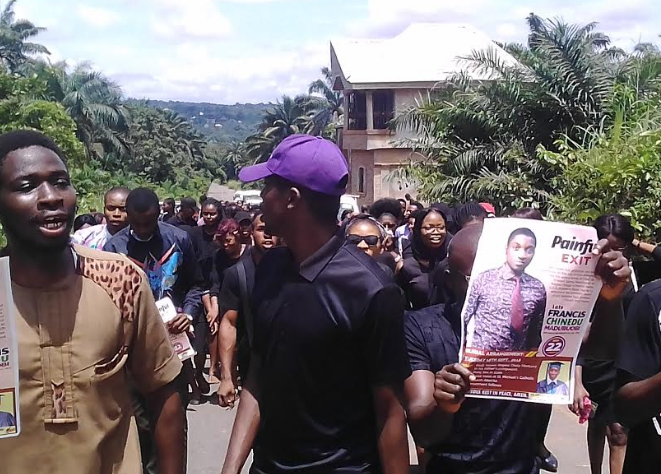 Undergraduate, who died at school's facility, buried amid controversy

Undergraduate, who died at school’s facility, buried amid controversy

Students of Nnamdi Azikiwe University, Awka, on Tuesday came out in their numbers to pay their last respect to late Francis Mmadubuobi who until his death was a 400-level student of microbiology at the university.

The funeral took place at the residence of the father of the deceased at Abacha in Idemili North Local Government Area of Anambra State.

Francis died at the university’s medical centre as a result of alleged poor medical efforts by the medical officers.

After the death of Francis, the Vice Chancellor, Joseph Ahaneku, instituted a four-member investigation panel to unravel the true position and circumstance of his death.

The panel which was given two weeks to give a report on the death has not given any report for about two months.

Speaking at the funeral, the parish priest of St Michael Catholic Church Abacha, Jude Udeanyi, enjoined Christians to have a good relationship with God while they are on earth. He noted that an undetermined life is not worth living.

He advised the congregation to pray for the souls of the departed especially that of Francis.