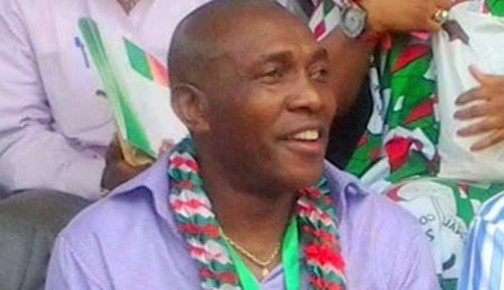 Chris Uba of the Peoples Democratic Party (PDP) has joined the race to the red chamber for the Anambra South Senatorial district election in 2019.

The News Agency of Nigeria (NAN) reports that Mr Uba is contending the seat with his elder brother and serving senator, Andy, as well as Bianca Ojukwu, widow of the Ikemba Nnewi, Odumegwu Ojukwu, and others under different political platforms.

Briefing journalists in Awka on Sunday, Anambra PDP Chairman, Ndubuisi Nwobu, said that the PDP had bright chances in the 2019 poll in the state considering the quality of people picking the party’s various nomination forms.

He said that others who had picked the party’s nomination forms for the senatorial race in the state were a one-time security adviser to the Anambra State Government, Chuma Nzeribe, former governorship aspirants, Alex Obiogbolu and Obinna Uzor.

Mr Nwobu said the party would field candidates for the 11 House of Representatives seats in the state and the 30 House of Assembly seats in the general elections in 2019.

The PDP chairman said that the likes of Chris Uba had a track record of positive political dispositions in the state and was optimistic that his decision to run under the party would restore lasting peace and victory to the party.

Mr Nwobu said that Mr Uba was known as the godfather of Anambra politics since 1999 and had been sponsoring candidates for political positions both in the PDP and other political parties.

He said that Mr Uba had in the past had political battles with two former governors of the state, Chinwoke Mbadinuju and Chris Ngige over appointments and other political patronages which he came out strong.

NAN also reports that business moguls, Ifeanyi Ubah and Nicholas Ukachukwu, are contesting for same Anambra South senatorial ticket on the platform of the APGA.

NAN recalls that a former governor of Imo State, Ikedi Ohakim, had penultimate week said that 15 Igbo billionaires had been mobilised to sponsor Mrs Ojukwu’s widow in the poll.

Mr Ohakim made the disclosure in Ekwulobia in Aguata LGA of Anambra during Mrs Ojukwu ‘s formal declaration of interest for the senatorial seat .

He said, “the Igbo will not stand and watch anybody intimidate Ojukwu’s widow in any circumstance.”

He added, “We shall march her opponents’ strength for strength and cash for cash.”

NAN reports that in the just concluded APGA retreat held in Awka, Anambra state capital, the Board of Trustee chairman and Anambra Governor, Willie Obiano, said that the party primaries would be free and fair.

He urged all interested political contestants in all the elective posts to get prepared to face their constituents during the party primary. (NAN)