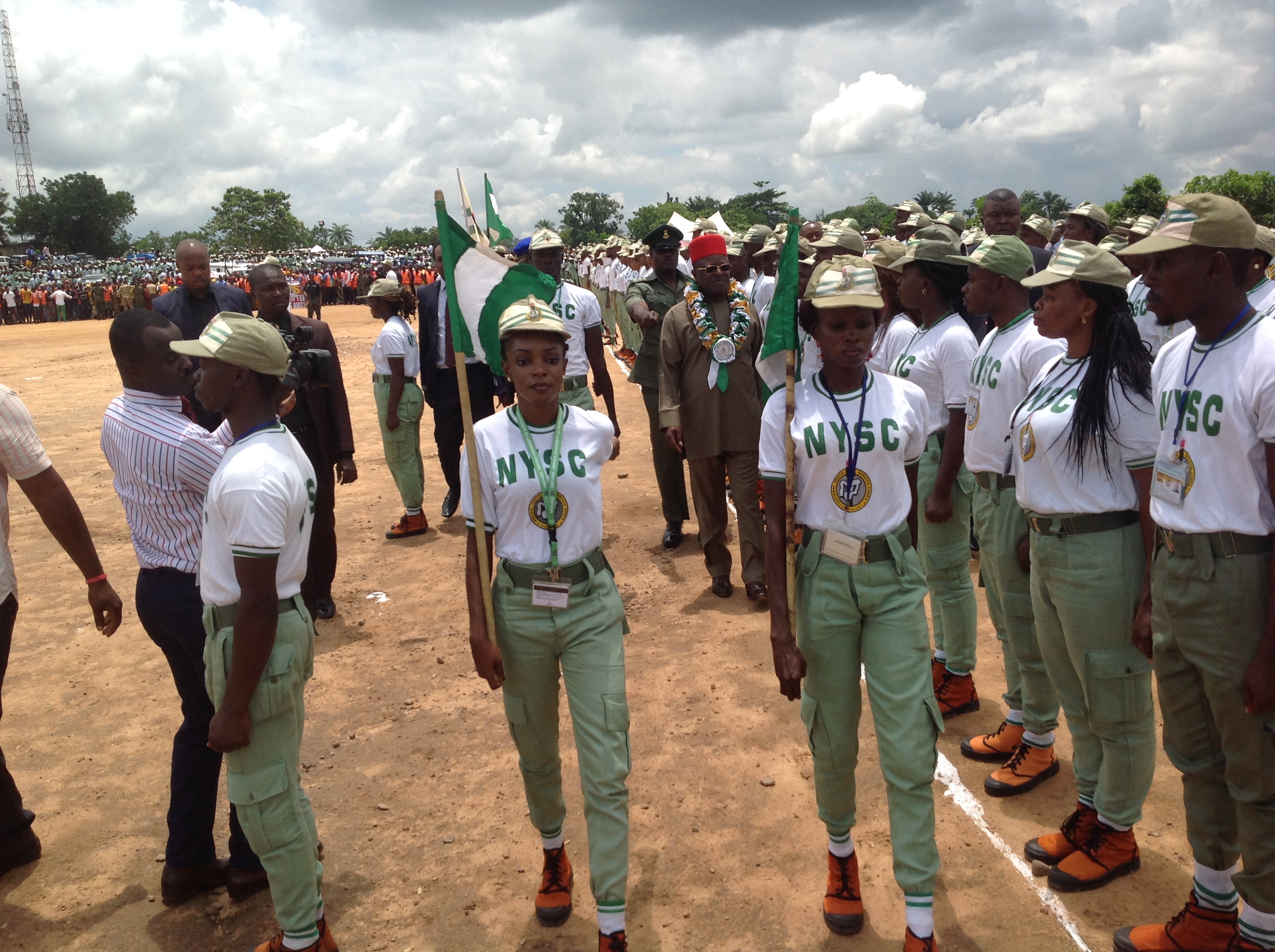 Governor Umahi inspecting the parade mounted by various platoons of the 2018 NYSC batch B stream 1 during the closing ceremony of their orientation course.

The Ebonyi State Governor, David Umahi, on Monday announced the approval of N400 million to the National Youth Service Corps (NYSC) in Ebonyi State for the renovation of the scheme’s orientation camp in Afikpko North Local Government Area.

This is separate from the N5,000 travel allowance he directed to be immediately given to each of the 2,200 Batch B Stream 1 Corps members who ended their orientation course on Monday.

The governor also approved N2 million for corps members who took part in the parade.

All the monies are expected to come from the state government’s coffers.

Mr Umahi also approved various cash sums to the staff of NYSC and military officers who trained the corps members.

Addressing the corps members, Mr Umahi urged them not to allow themselves be used by politicians to thwart the country’s democracy.

According to him, politicians are planning to rig next year’s election and the corps members owe a duty to the country not to give in to the plots.

“I have no doubt that you were adequately motivated and sensitised by officials of the Independent National Electoral Commission on your participation in the forthcoming 2018 General Election.

“Let me inform you that your participation in that all important assignment is a rare opportunity for you to contribute your quota towards enthroning a credible leadership, toward governance and above all, engendering a peaceful and prosperous nation.

“In the light of the above, I charge you to discharge the INEC assignment with utmost sense of responsibility and good conscience by not allowing yourselves to be manipulated by desperate and unscrupulous politicians who will be willing to buy your conscience at all cost.”

He said the N400 million will be used to renovate the road leading to the camp, dilapidated structures in the camp, provision of drainages, regrassing of the camp’s parade ground, connection of the camp to the national grid, solar street lighting of the camp and other projects.

The coordinator of the scheme in Ebonyi State, Ann Ibe, said that the corps members were posted to all the local government areas in the state except Ishielu Local Government Area.

“This decision is an aftermath of the 2008 Ezillk/Ezza-Ezillo communal crisis. We remain open-minded to post corps members to Ishielu LGA as soon as we receive the approval of the state government and clearance from relevant security agencies via the NYSC National Directorate Headquarters, Abuja to do so,” she explained.

NHIS Scandals: Executive Secretary, other top officials accuse each other of fraud

Deaf Eagles stood out in spite of loss to Mali – coach