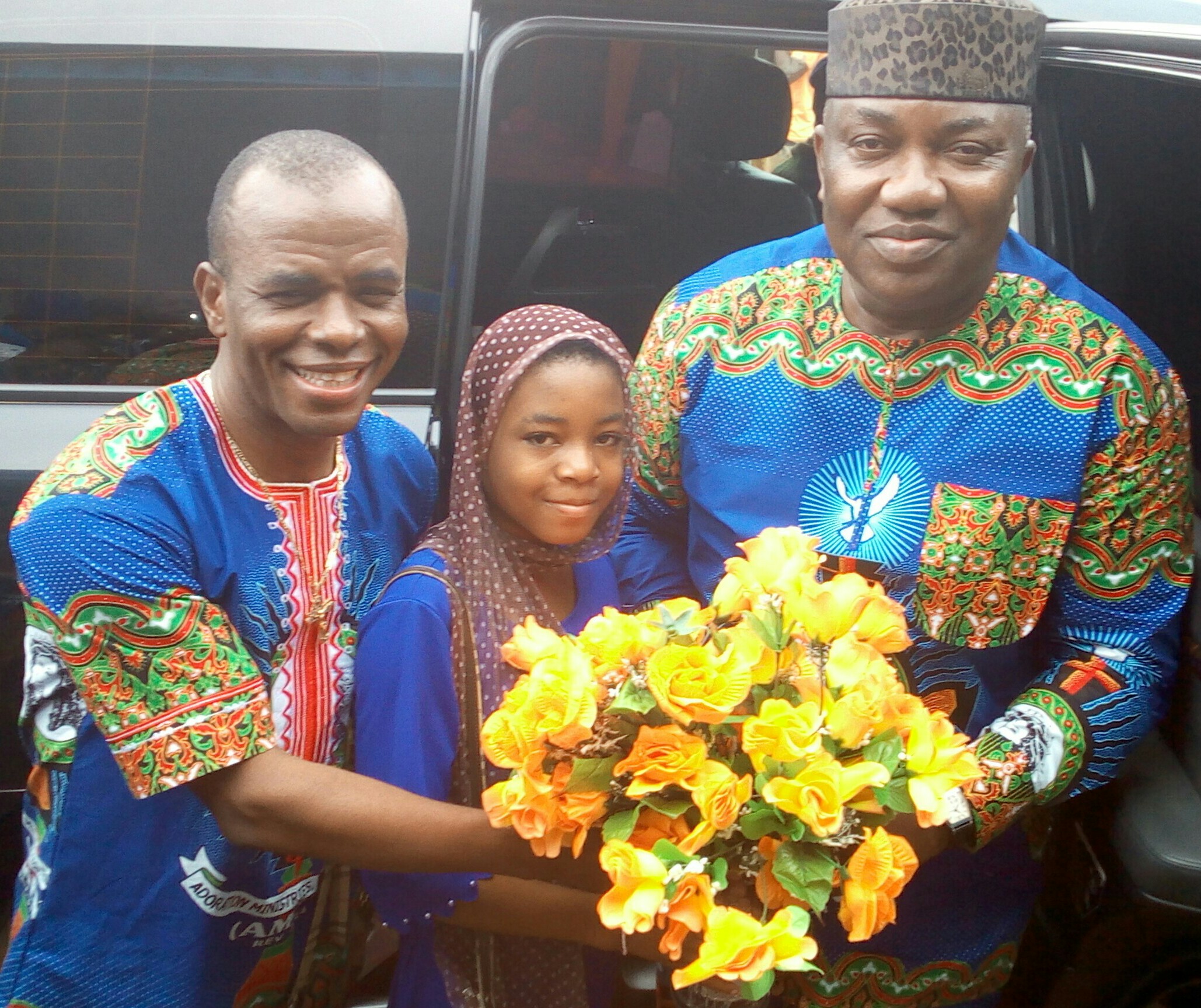 The Spiritual Director of Adoration Ministry Enugu Nigeria (AMEN), Ejike Mbaka, on Sunday declared that there is no vacancy in the Enugu State Government House in 2019, stressing that Governor Ifeanyi Ugwuanyi has done excellently well in office and deserves a second term.

Mr Mbaka, a reverend father, poured encomiums on Mr Ugwuanyi, describing him as “a good, kindhearted, humble, peace-loving and God-fearing leader”, who has judiciously managed the lean resources of the state for the benefit of the people.

The Catholic priest also described Mr Ugwuanyi as “the best governor so far in Enugu State”, adding that he is “an epitome of peace; a sanctuary of conflict resolution and model for rural and urban development.”

The cleric, who spoke at the Adoration Arena in Enugu during the Thanksgiving Mass for the governor’s recent victory at the Supreme Court, thanked God for giving the people of the state such an outstanding leader, saying this is the first time since he became a priest, that the state is experiencing peace.

He maintained that Mr Ugwuanyi is prayer answered, appreciating the people of the state for their unflinching support and prayers for the governor, especially while the protracted legal battle lasted, emphasiaing that “it is a Mass of Thanksgiving to God”.

Mr Mbaka further stated that r Ugwuanyi was “the only governor that pays workers’ salaries before the 25th of every month”, disclosing that when most states could not pay salaries as a result of the recent federal allocation sharing deadlock, the governor paid, accordingly.

Commending Mr Ugwuanyi for the security in Enugu State, Mr Mbaka stated the feat was achieved because of “the reign of peace” in the state and the governor’s faithful role as “a good shepherd”.

While applauding the governor “for managing the public wealth judiciously and Godly” for the equitable development of the entire state, the outspoken priest prayed against any plot over the governor’s re-election in 2019, saying: “I pray to God that this good man with intimidating humility will continue to govern Enugu State till 2023.

“Our governor, God has opened doors for you, no man can close it. Those who are following him should continue to follow him, he is a good man. We have one candidate for the governorship seat in 2019 in Enugu State in the name of Gburugburu (Ugwuanyi). We are begging him to come and complete the good works he has started in Enugu State. Enugu State is behind him. The church, students, teachers, traditional rulers, Adoration Ministry, many others are also behind him.

“I therefore, advise those who want to contest against him to please consider other elective positions”, he said, while commending the governor for constructing “for the first time” the road that leads to the Church in Emene, Enugu.

Responding, Mr Ugwuanyi, who expressed gratitude to the Ministry for its support and unceasing prayers for the success of his administration, noted that it was as a result of God’s mercies and special grace that the victory at the Supreme Court was achieved.

Mr Ugwuanyi recalled that the Adoration Ministry was his first port of call in search of God’s grace “when this journey to usher in people-oriented governance in our dear state” began.

According to him, “today, I return to this place, once again to thank our dear able God, who in his Mercies has given us victory at the Supreme Court.”

While committing the forthcoming elections of 2019 into God’s hands, trusting that the good Lord will surely grant him victory again, as “He did for us in 2015”, Mr Ugwuanyi reassured the people of Enugu State that he will continue to walk in His Light and manage the affairs of the state with the fear of God.

He therefore, called on those who contested the election with him to join hands in moving the state forward.