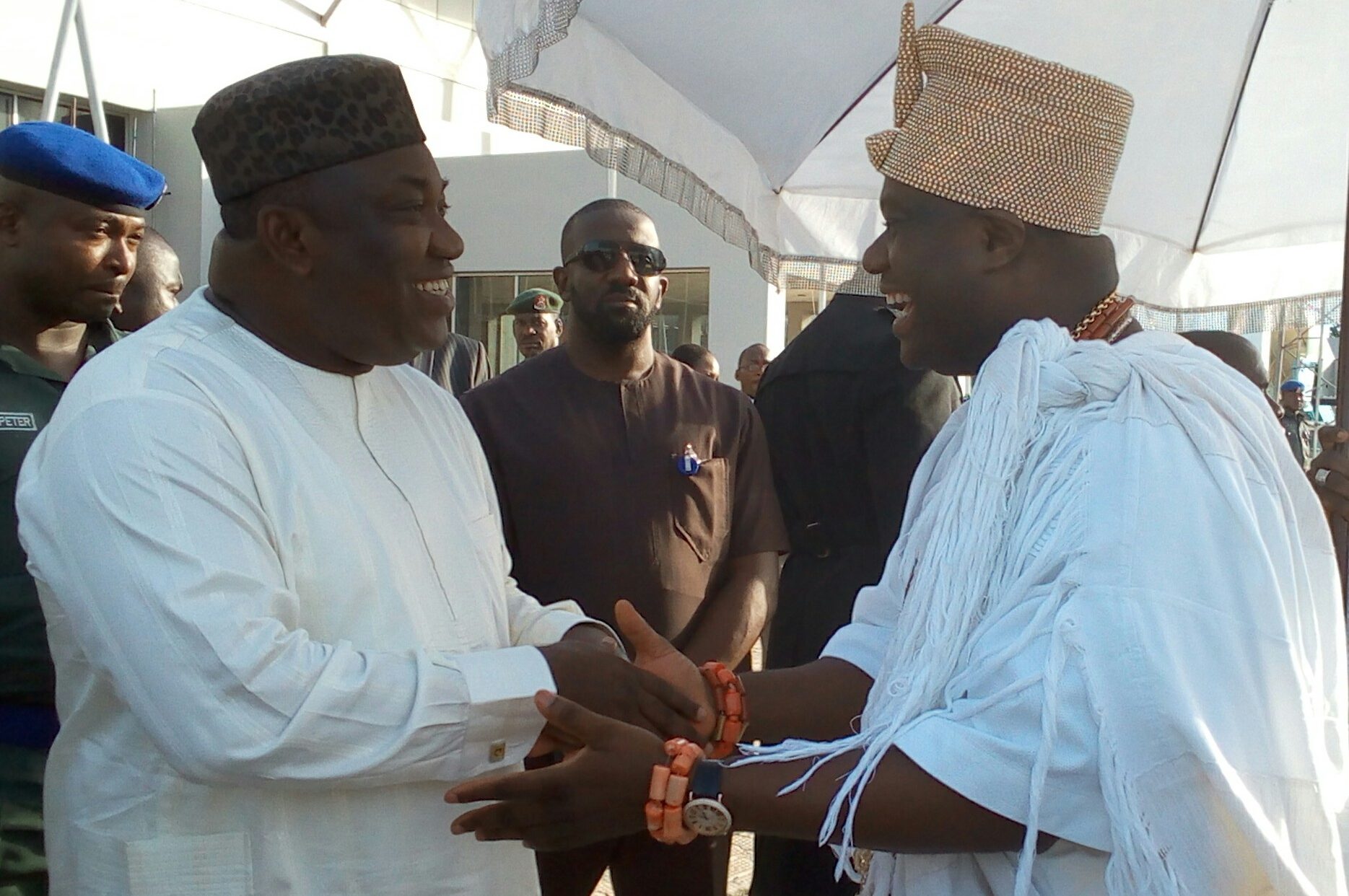 Governor Ifeanyi Ugwuanyi of Enugu State (left) receiving the Ooni of Ife, His Imperial Majesty, Adeyeye Enitan Ogunwusi at the Akanu Ibiam International Airport, Enugu when the latter visited the state for the 14th Eni Njoku Memorial Lecture held at the University of Nigeria, Nsukka, yesterday.

The leadership of the Labour Union in Enugu State has commended Governor Ifeanyi Ugwuanyi for his commitment and untiring efforts towards the welfare and motivation of workers of the state.

Reacting to the recent hosting of the 2018 National Productivity Day in Enugu State, the Trade Union Congress of Nigeria in a statement signed by the State Chairman and Secretary, Igbokwe Chukwuka Igbokwe and Benneth Asogwa, said the contributions of the governor saw to the success of the event.

“This shows the commitment of your administration towards improving productivity in both public and private sectors,” the labour leaders said.

They said the gesture was a motivating factor that would further promote productivity in the state’s public service.

They thanked Mr. Ugwuanyi for prioritising the welfare of workers, saying his labour-friendly disposition was responsible for the hosting of the National Productivity Day in the state.

The annual event has been hosted twice by the South-East State.