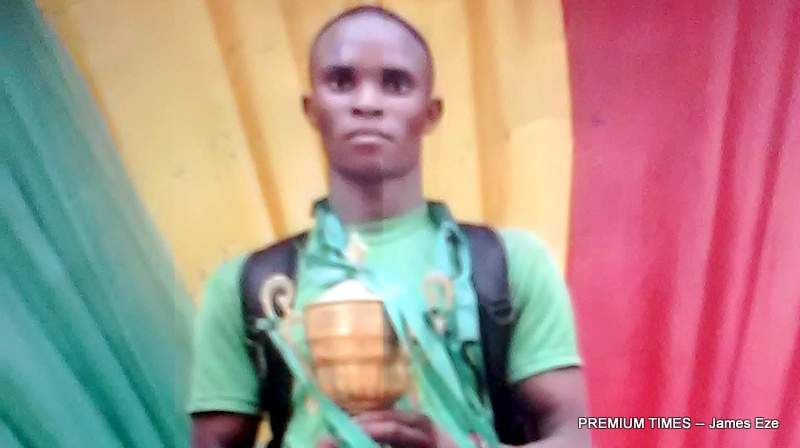 PREMIUM TIMES gathered that the victim accidentally pulled down the statue while preaching in the community.

Late Ezekiel was the son of the Pastor of Seed of Christ and Fire Ministry, Okon Ikwor. The church is located within the community.

After pulling down the statue, the deceased was tied down by the youth who reportedly tortured him until he died.

Speaking on the condition of anonymity, an eyewitness claimed that the irate youth also proceeded to the residence of the deceased’s father; setting two bungalows ablaze.

“The boy was tortured under the supervision of a royal father in the area and elders and in the process. He died in the late hours of the night.

“When the youth discovered that the boy had died, they buried him secretly without the consent of the father and since then, the father has been denied access to the graveyard of the son,” the source said.

The spokesperson of the police in the state, Loveth Odah, confirmed the incident. She said it is being investigated.

Mr Ikwor, father of the deceased, in a petition to the state’s commissioner of police,Titus Lamorde, said he did not only lose his son, but all his property, which were destroyed by the rampaging youth.

He called on the police to ensure that the killers are arrested and prosecuted.