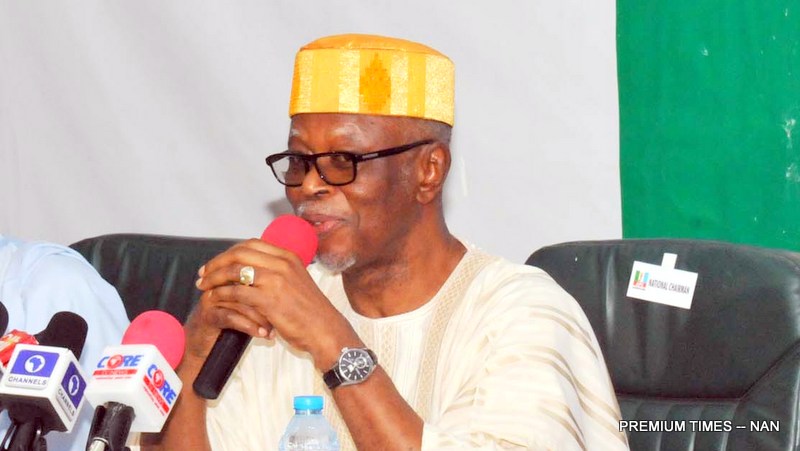 A former member of the Senate has accused the National Chairman of the All Progressive Congress (APC), John Odigie-Oyegun, of taking actions capable of returning the party to the ”undemocratic dark days of the Peoples Democratic Party (PDP).”

The governorship candidate of the party in the Ebonyi 2015 election, Julius Ucha, chided the Odigie-Oyegun-led APC National Working Committee (NWC) in Abakaliki on Monday while speaking with reporters on Saturday’s controversial ward congresses of the party which held across the country.

The congresses across the nation were fraught with allegations of irregularities, violence and controversies, although some states were able to successfully conclude theirs.

Mr Ucha, who was in the Senate between 2003-2011 described the actions of the party’s (NWC) as ”a civilian coup against President Muhammadu Buhari and all right thinking members of the party.”

He urged the president to take steps to stop Mr Odigie-Oyegun and members of the NWC from undemocratic actions to save the party and the country’s democracy.

Mr Ucha accused Mr Odigie-Oyegun and members of the NWC of orchestrating crises in various states under the control of the party in their ”desperation to be re-elected back to their positions.”

The tenure of the Odigie-Oyegun-led executive will end in next month.

In Ebonyi, two factions which have been in existence since 2015, conducted parallel congresses while in some other states, violence marred the exercise particularly in Rivers and Delta. The party’s governorship primary in Ekiti also on Saturday was inconclusive.

Mr Ucha alleged the desperation of Mr Odigie-Oyegun and members of the NWC led to the violence and crises which characterised the congresses.

“Congressional election is anchored on quick sand. I say this because when you gave your trust on illegality, there is a tendency that such trust founded on
illegality will eventually collapse. What is happening today, is like a civilian coup against the teeming supporters of APC in Nigeria and also against the leader of the party, President Muhamammdu Buhari.

“I say this and am serious about it. We have an NWC whose tenure expires in June, 2018 and the members of the NWC want to contest. The national convention
committee was put in place, and members of NWC, who are also going to contest for their various offices, when the convention date is fixed, are now driving the process, to jettison the convention. That is why I call it a civilian coup against the system.

”These party officials at the National Secretariat are now judges in their own courts. They are the people who have put in place the structures that are called congress committees. That will elect delegates that will elect them.

“It is in contravention of the Electoral Act, party constitution and Constitution of the Federal Republic of Nigeria. It’s only in animal kingdom that a situation like that can arise, not in a civil society, not in a human society, not when there is a government. In trying to bring the state leadership whose tenure has expired to comply with the illegality put in place, what they have done was to direct congress committees to reach out to the state executives whose tenures have expired.

“So they go to a state, whose chairman‘s tenure has expired and hand over congress materials to him. That’s an illegality and these people whose tenures have expired also have intention to contest and you give him material, provide structures that will enable him go to the ward and perform the work of ward congress committee,” he added.

He warned that the democratic sojourn of the party is in danger if the status quo is allowed to remain.

“I feel that what is happening is unethical, inhuman, it is intended to create chaos in the system and that’s what is happening. This action of NWC members has endangered the democratic process and that’s why there is uproar and violence all over the place. Indeed their action has thrown the party into anarchy, where there is lawlessness, because people are not given the freedom to choose who will be their party leaders,” he said.

The National Publicity Secretary of the party, Bolaji Abdulahi, when contacted declined to comment.

He ended the call abruptly after the reporter told him the reason for the call. He promised to call back shortly. He was yet to do so as at the time of filing this report.