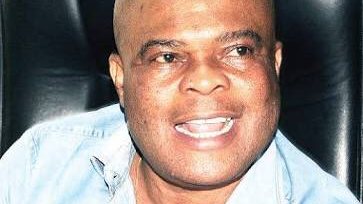 Less than two months to the November 16 governorship election in Anambra, the crisis in the Peoples Democratic Party, PDP, in the state has deepened.

The national disciplinary committee of the party on Thursday suspended the former Anambra State chairman of the party, Ken Emeakayi for four years over “indiscipline.”

Mr. Emeakayi was sanctioned in a letter signed by the head of the disciplinary committee of the party, wrongly dated September 26 instead of September 28.

The committee headed by Tom Ikimi said Mr. Emeakayi is also stripped of all legitimate privileges of a party member while serving the punishment

The committee met on Thursday and reviewed the written and oral presentation of Mr. Emeakayi including the numerous documents submitted with respect to the allegations of disobedience to party directives levelled against before handing out the punishment.

”The national disciplinary committee agreed accordingly to suspend Ken as a member of the party for a period of four years starting from Thursday, September 28, 2017, to 27th September 2021. With effect, Mr Ken has lost his membership of the party together with all rights and privileges,” the statement said.

The PDP also recently suspended its Anambra State gubernatorial aspirant, Ifeanyi Ubah, for one month due to his criticism of party leaders over their handling of the party’s primaries in the state. The party has also referred this matter to a disciplinary committee.

Equally, a PDP senator, Buruji Kashamu was instructed to appear before the panel for alleged anti-party activities.

Mr. Ubah had alleged that the party’s primaries which produced Oseloka Obaze as its candidate for the upcoming poll was characterised by irregularities and that the party leadership had refused to address his complaints.

Political watchers had linked the loss of the former ruling party in the presidential poll in 2015 to indiscipline within its ranks and lack of internal democracy.