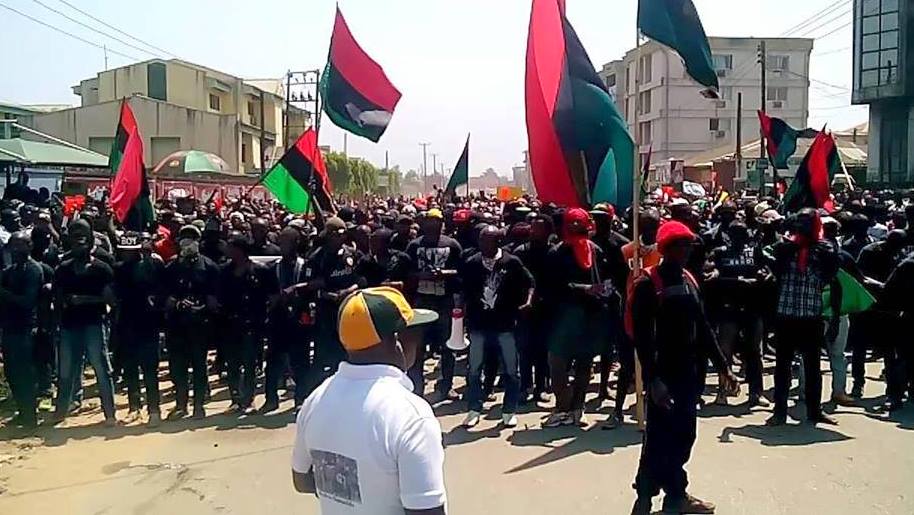 A judicial advocacy group, Access to Justice, has frowned at the Nigerian military’s characterisation of the Indigenous People of Biafra as a terrorist organisation, saying the army had usurped the powers and responsibility of political branches of government.

In a statement in Lagos, Monday, the group said the Nigerian military is not a political body, having been established by Section 217 of the Nigerian Constitution to defend the country from external aggression, maintain its territorial integrity, defend its borders, suppress insurrection and carry out other duties as may be prescribed by the constitution.

“In addition, the Terrorism (Prevention) (Amendment) Act 2013 does not describe the actions of IPOB thus far as acts of terror, all of which makes the military declaration illegal,” said Adenike Aiyedun, Deputy Director, Access to Justice.

“The Nigerian military has, over many years, responded to claims of marginalisation and agitations for a Biafra State by IPOB with brutal and excessive force, killing hundreds of members of IPOB and committing war crimes and gross human rights atrocities in the course of this crackdown.”

The Nigerian military had, last Friday, declared the IPOB as a terrorist organisation following clashes between soldiers on a military operation in Abia State and members of the separatist group which left several people wounded.

Hours later, the five southeastern governors issued a communique proscribing the separatist group in all their states while appealing to President Muhammadu Buhari to withdraw soldiers from the zone and allow the police to carry out their constitutional duties of securing lives and properties.

The military’s declaration of IPOB as a terrorist organisation elicited divergent views on its legality from Nigerian lawyers, https://www.premiumtimesng.com/news/headlines/243398-lawyers-speak-military-declaration-ipob-terrorist-group.html, while Senate President Bukola Saraki declared it, as well as the governors’ proscription, as illegal. https://www.premiumtimesng.com/news/headlines/243547-just-in-governors-military-lack-power-to-proscribe-declare-ipob-terrorist-organisation-saraki.html

Access to Justice accused the military of acts of genocide and condemned the president for not checking the soldiers’ lawlessness.

“The military has itself used terror tactics to attack and repress IPOB and its members, and independent reports, and verified footage substantiate this,” the group said.

“Given the military’s horrendous records and legacies with fighting terrorism, we fear that the declaration of IPOB as a terrorist organization is an orchestrated prelude to another wave of violence and deadly clampdown, on IPOB members. The military will predicate its actions on a declaration that has no basis in law and is clearly an unwarranted and grave usurpation of powers by it.”

The group further said characterising IPOB as a terrorist organisation would likely incite hatred and antagonism against its members, and instigate security and law enforcement agencies to launch and inflict undiscriminating violence against them.

“Already the new Police Commissioner of Abia State has, upon resumption of office in Umuahia, cited the declaration of the military as a basis for treating IPOB as a terrorist organisation and its members as terrorists.

“This declaration by the Nigerian military is, therefore, a rash, inflammatory, self-serving and dangerous perspective on the agitations of IPOB. The military should immediately recant on that declaration now.

“Access to Justice also urges the military and the police not to escalate already volatile political tensions in Nigeria by actions capable of inflaming ethnic passions, causing more avoidable deaths and destruction and instigating counter-revolts, and citizen unrests.

“Access to Justice further urges IPOB and its members to refrain from unlawful acts of violence, reprisal killings and the destruction of life and property, and pursue any causes they espouse lawfully without incitement, violence and threats to people of any opinions or those who belong to any ethnic groups.”