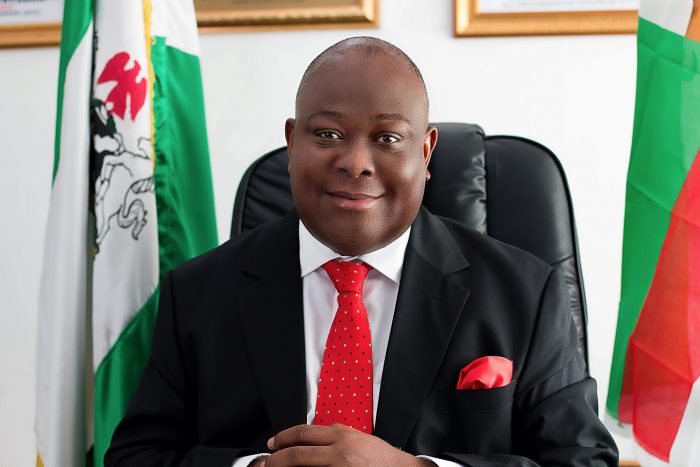 The National Organising Secretary of All Progressives Congress, APC, Osita Izunaso, has said that the party has no preferred candidate for the forthcoming governorship election in Anambra.

He stated this on Tuesday in Abuja while inaugurating the party’s Anambra Governorship Election Primary and Appeal Committee, which has Governor Kashim Shettima of Borno and Hassan Lawal as co-chairmen.

The party has scheduled August 26 for the primary election to pick its candidate for the governorship contest coming up on November 18.

“All aspirants are preferred candidates, and anyone that wins at the primary is alright for the party,” Mr. Izunazo said.

He said that the party had not zoned the governorship ticket to any senatorial zone in the state and urged the committee to disregard such insinuation.

He maintained that the committee´s assignment was to ensure that whoever emerged from the simple majority ballot at the primary was declared winner on the spot.

“You are expected to hold a stakeholders meeting with all aspirants to discuss some issues with them and the primary process.

“This is to let them know how it will be done and no information should be hidden from any aspirant,’’ he warned.

The organising secretary added that aspirants were to have their agents at the accreditation points as well as at the voting points.

“We expect that you start the process of accreditation early to enable you finish in good time and commence the process of voting, counting, sorting and declaring a winner early.

“Anambra assignment is a very important one in the sense that it is the first in the series of election,” Mr. Izunaso told the committee members.

He explained that the appeal committee was set up to ensure that fair hearing was given to all aspirants that participated in the primary.

The scribe said that aspirants who were not satisfied with the outcome of the primary were expected to petition the committee, adding, however, that final decision rested on the party´s National Working Committee.

“We hope that there shall be no petition because we are trusting God Almighty that the assignment will be free, transparent and fair,” he said.

Mr. Shettima, chairman of the primary election committee, in his response, admitted that the assignment was an onerous one, but assured that the committee would be fair, just and transparent in discharging its responsibility.

“We shall strictly abide by the party´s instructions given to us; the road map is very clear, and of course, it’s not rocket science. The list of accredited delegates has been given to us.

“We hope and pray that it shall be an amicable family gathering free of rancour and bitterness, because out of all the aspirants, only one will emerge as the flag bearer of the party,” he said.

Mr. Shettima added that internal bickering would only derail the party from its focus of winning the Anambra governorship election, and advised that winning the election without bitterness should be the interest of all aspirants.

He thanked the party´s leadership for the confidence reposed in the committee members and the opportunity given to them to serve, adding that the committee would commence work immediately.

He added that because Anambra was to the South-East what Kano was to the North-West and Lagos to the South-West, the state remained a major rallying point in the country´s political calculation.

The News Agency of Nigeria (NAN) reports that 12 aspirants, comprising 11 males and one female, were cleared to contest in the primary.