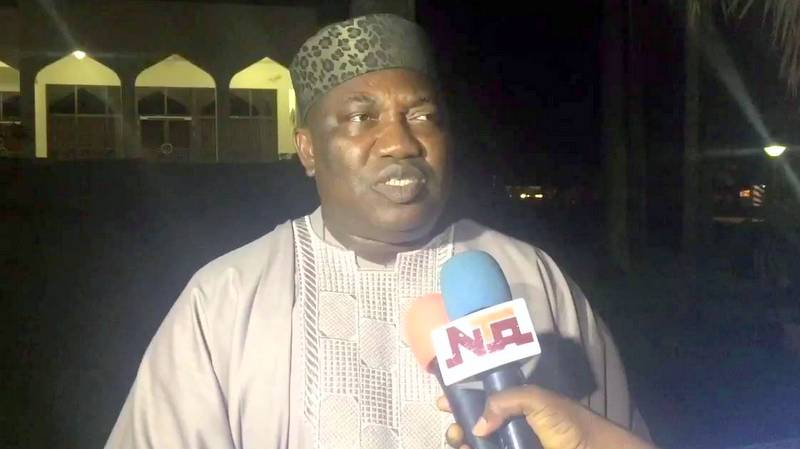 Governor Ifeanyi Ugwuanyi has been commended for his commitment to improving healthcare standard in Enugu State and making it accessible to all.

The governor got the commendation when a delegation from Roche Pharmaceuticals and Diagnostic Services visited him at the Government House, Enugu.

The company’s director of special projects, Henry Onwuka, said they were impressed with the “positive steps” Governor Ugwuanyi has taken to give healthcare delivery in the state an uplift, noting that it was what inspired their decision to collaborate with his administration.

“This unwavering commitment has moved our company to explore ways of partnering your administration in the areas of quality and affordable healthcare delivery to the government and people of Enugu State,” he said, adding that the company has a rich history built over decades of diagnosis and treatment of cancer, liver problem, cholesterol abnormality, among other ailments.

Speaking in a similar vein, the company’s country head, Taofik Olaruku, praised the governor for giving everyone in the state a sense of belonging through his remarkable governance style.

“Your Excellency, the way you carry your people along in the governance of the state is highly appreciated. This has necessitated our company’s desire to change the lives of Enugu State people through quality healthcare services,” he said, pointing out that the relationship envisaged would flourish as the company intends to “establish a first class healthcare delivery centre in the state”.

The governor, who was represented by his deputy, Cecilia Ezeilo, informed the group that the state also has a soon-to-be-completed world class diagnostics centre, which according to him will require the sort of expertise that Roche has acquired over the years.

He thanked the delegation for including Enugu State in their partnership scheme and assured them that his administration will provide the enabling environment to enable the company carry out their programmes.