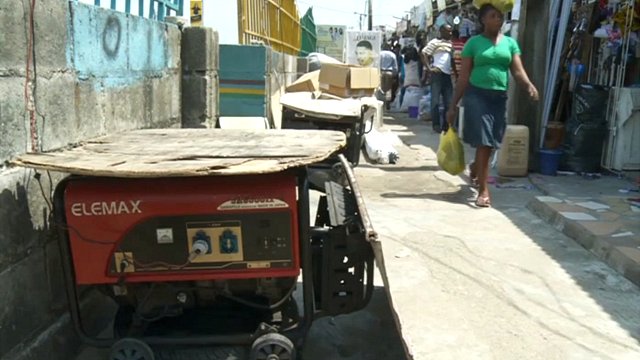 A former Vice Chairman of Abakaliki Local Government Area, John Nwofoke, and four others were on Sunday arrested by the police for allegedly stealing diesel.

The five men were accused of draining over 450 litres of diesel from a sound proof generator that powers street lights in the state.

The suspects were arrested after they allegedly drained the diesel from the generators at Azugwu sub-station in Abakaliki, the Ebonyi State capital.

A mild drama ensued when a hilux vehicle belonging the State Ministry of Power brought some suspected thugs to release the suspects. They were resisted by the police and residents.

The ex-council chief, who serves as an aide to the state Commissioner for Power, Emma Uguru, is also said to be the man in charge of the supply of the diesel in the Ministry of Power. The ministry currently spends about N20 million on diesel monthly.

Some staff of the ministry, however, say the men may have gone to fill the generators with diesel.

“The boys were all Emma Uguru’s men,” a staff of the power ministry who sought anonymity for fear of victimisation said.

“They were arrested alongside a hilux vehicle attached to the office of the Commissioner with over 20 gallons containing the diesel,” he added.

The suspects were later taken to the Ekumenyi Police Division where they were detained.

Governor David Umahi, while speaking at the state’s thanksgiving service at the Christ Embassy Church, Abakaliki, described the incident as a serious economic threat.

He warned that the state government would not tolerate any act capable of destroying state property.

He said the state government will prosecute the suspects to serve as deterrent to others who may be planning to indulge in such acts.

Earlier last week, the civil defense corps arrested a two-man gang that specialized in sale of government diesel to a cartel in the state.

One of the suspects was said to be responsible for generators powering street lights along Ezza Road. The other was a personal guard to the Head of service of Ebonyi, Chamberline Nwele.