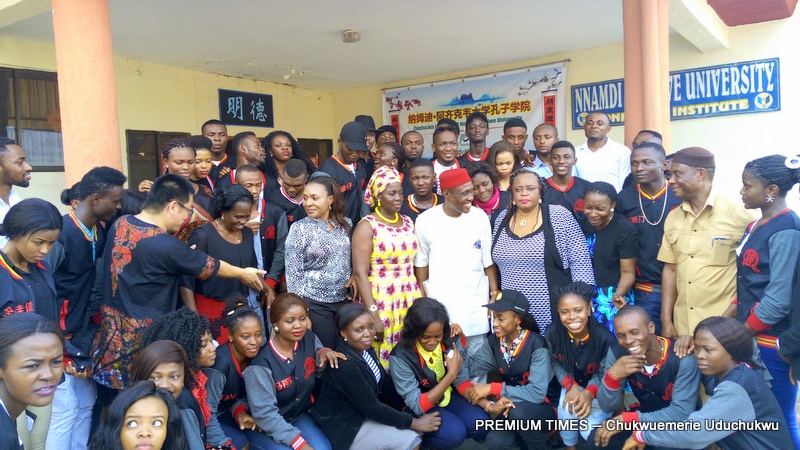 50 Nigerian students get scholarships to study in China

Fifty four students of Confucius Institute of Nnamdi Azikiwe University have been awarded scholarships to further their education in China.

The students, who successfully passed through various Chinese programmes, are to pursue further programmes that will last from one to four years in various tertiary institutions in China.

In his address during a send-forth ceremony organised for the awardees Monday, the University’s Vice Chancellor, Joseph Ahaneku, said he was glad that the efforts of the Institute were yielding positive results.

The vice-chancellor said he was very interested in the progress of various programmes of the university, including that of the institute.

Prof. Ahaneku was the director of the Confucius Institute of the university for four years before becoming the vice chancellor.

He said the passion he developed for the institute over the years will be adequately sustained.

The vice-chancellor said before now, the Confucius Institute existed only in Nnamdi Azikiwe University and University of Lagos.

Currently, a new one is being developed at the Bayero University Kano.

Prof. Ahaneku told the awardees that though they will be in China in about a week’s time for further studies, they were going to be evaluated to further confirm their worthiness in character and in learning.

He urged them to be good ambassadors of Nnamdi Azikiwe University.

Prof. Ahaneku said though some of the beneficiaries were not students or graduates of the university, they would be pursuing their further studies under the watchful eyes of Nnamdi Azikiwe University.

Other highlights of the occasion included short music presentation by the awardees.