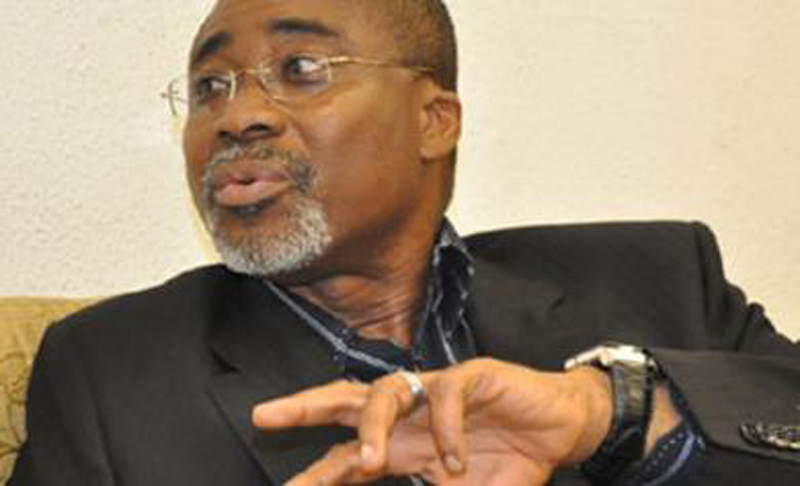 The senator representing Abia South Senatorial District, Eyinnaya Abaribe, has said the Senate rejected the Gender Equal Opportunities Bill because some lawmakers feared the legislation could give women unfettered freedom to engage in immoral activities.

Mr. Abaribe said many senators expressed deep concerns over the blanket freedom the bill would give women because many of them would ignore their immediate responsibilities and turn to prostitutes and homosexuals, urging the proponents of the bill to find a way of replacing some of its languages.

Mr. Abaribe spoke during a forum on political rights of women in Nigeria organised by the Civil Resource Development and Documentation Centre (CIRDDOC) on Wednesday in Abuja.

“The bill was defeated at the second reading when its details were highlighted to the senators,” Mr. Abaribe said. “Some lawmakers started expressing deep worries about some parts of the bill that they think could give women too much freedom and lead them to prostitution, lesbianism and other social vices.”

Mr. Abaribe called on all those championing the bill to make efforts at modifying some aspects of it in order to make it acceptable to all lawmakers for passage.

“We should be able to look at the narrative of the bill and how it is being presented to the public and change that narrative and make it a positive narrative.

“It has been rejected but we’re talking to the senators who are supporting the bill to know how we could move forward. It’s not easy to say the bill can pass tomorrow, but we will continue to plead with other members for their support on this bill.

Mr. Abaribe, who is a member of the Senate Constitutional Review Committee, also said the bill may need to be incorporated into the Constitution as part of the ongoing constitutional amendment process in the National Assembly.

“Since we’re doing constitutional review, I will advise that we find a way of putting this bill directly into the Constitution because if we just make it as part of electoral law, it could be challenged at the courts and get struck down.”

The bill, which has continued to stoke widespread emotions amongst women, was introduced by Senator Biodun Olujimi and it aimed to achieve, among other purposes, equal access to education, strengthening of the laws on violence against Women, ending abduction of girls, sustenance and promotion of entrepreneurship opportunities, gender mainstreaming and gender equality, as well as female participation in governance.