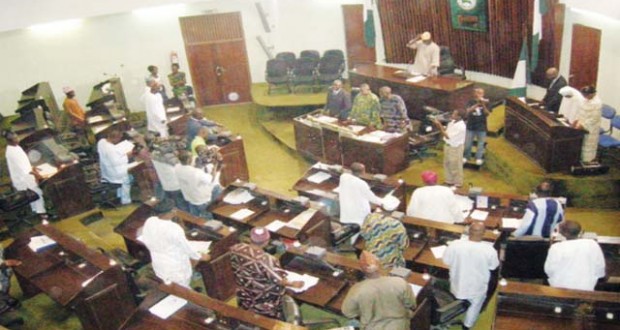 The Ebonyi state House of Assembly on Tuesday recalled one of its suspended members, Ude Nwachi, representing Afikpo North/East constituency.

Ms. Nwachi of the Labour Party is the minority leader of the  house.

The suspension followed an alleged involvement of the minority leader in a violent protest and breach of peace along Abakaliki/Afikpo federal highway which caused the burning of some vehicles belonging to Enugu Electricity Distribution Company, EEDC.

Mr. Chukwu noted that the suspended minority leader had shown enough remorse and that she had as well served the duration of her suspension.

The Speaker of the House, Francis Nwifuru, put the motion to recall Ms. Nwachi to vote and it was unanimously adopted.