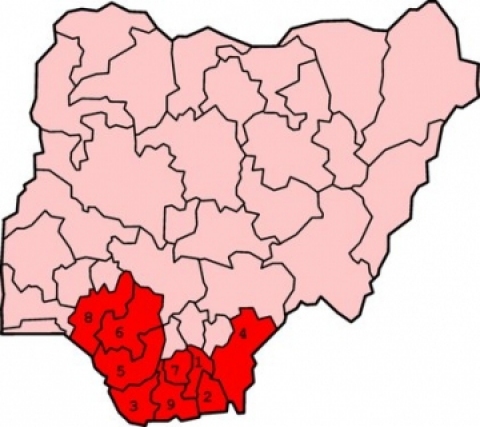 A group,the Southeast Democratic Vanguard, on Saturday urged various election tribunals sitting in the zone to uphold the tenets of truth and fairness and not to give in or distracted by the antics of the desperate and power mongering public office holders.

The group made the call in a communique it issued at the end of its meeting in Abakaliki, the Ebonyi state capital.

The Communique was signed by Ifeyinwa Menkiti and Julius Anyanu, Anambra and Imo state Coordinators of the association.

They alleged that the elections were marred by massive irregularities in virtually all the states in the region.

The group said: “Having painstakingly reviewed the last general elections in the country with its attendant judicial litigation, we arrived at a variety of issues which we intend to bring to the fore of public knowledge, for the overall growth of the nation’s fledgling democracy”.

“The south East Democratic Vanguard extensively reviewed the last general elections in the country especially in the south east geo-political zone and concluded that there were simply ‘no elections held”.

“The process was marred with various forms of irregularities which include: ballot box snatching, illegal electoral thumbprint, duplication and manipulation of electoral figures, among others”.

“The electoral fraud witnessed in the zone was perpetrated by the Independent Electoral Commission of Nigeria (INEC) officials in connivance with security agencies, among others to assist a particular political party record landslide victories. It was only in Enugu state that elections could be said to have been ‘reasonably’ held”.

“We have noticed with dismay, the desperate attempts of political office holders who were beneficiaries of this inglorious electoral sham in the zone, to subvert the litigation process at the election tribunals with deceptive antics aimed at distracting the tribunal chairmen from performing their constitutional duties”.

“These acts mainly perpetrated by their counsels, are aimed at creating confusion during trial proceedings with the innocuous claims of technical deficiencies on the part of their opponents counsels. All these are aimed at having the proceedings, exceed the trial periods stipulated for the cases”.

“We want to notify the public of the dastardly activities of these office holders, especially chief executives of some state who induce the opposing parties with huge sums of money to abandon or withdraw from cases involving their candidates”.

“A typical case was obtained in one of the states where the state chairman of one of the parties and other officials, denied giving the party’s gubernatorial ticket to the candidate or even accompanying him on campaigns”.

“The tribunal chairman was however smarter by reminding the defense counsel of the days he accompanied the guber candidate to the tribunal and testifying in his favour”.

“We urge Nigerians especially those from the south east states to be aware of these antics and further urge members of the various election tribunals, to uphold the tenets of truth and fairness which they swore to uphold and not to give-in or be distracted by the antics of the desperate and power mongering public office holders”.

“This would enable them correct all anomalies recorded during the elections and ultimately ensure that only the candidates duly voted by the people occupy the various electoral positions in the zone.”