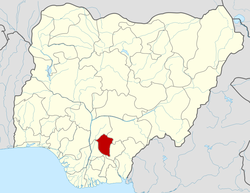 Police in Enugu launch investigation into murder of traditional ruler, 3 others

The police in Enugu have launched investigation into the murder of the traditional ruler of Nkerefi in Nkanu East local government, Igwe P.A. Onuoha.

A statement from the spokesperson of the Enugu State Police Command,Ebere Amaraizu, said that the traditional ruler was killed with three others in the early hours of Saturday.

Mr. Amaraizu said the deceased were attacked by gunmen at Mgbanaocha Nkerefi, and they were left with machete cuts.

He described the killings as unfortunate and said the police would work hard to establish the motive and bring the perpetrators to book.

The spokesperson said the police had mounted increased surveillance in the area to avert any breach of the peace.