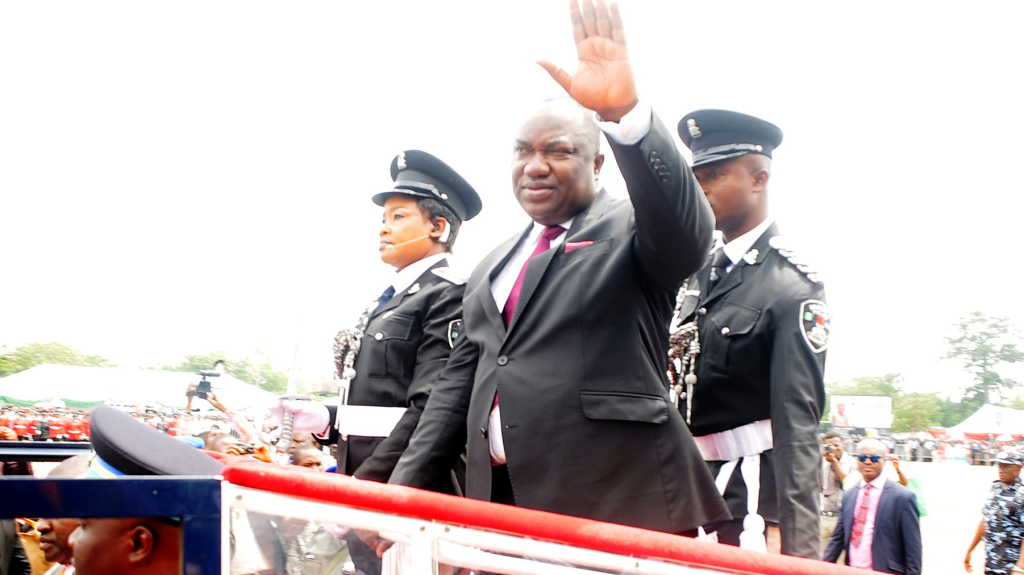 Governor Ifeanyi Ugwuanyi of Enugu State on Monday swore ​in the newly appointed Secretary to the State Government, Gabriel Ajah.

Mr. Ugwuanyi said during the ceremony that the state government arrived at the decision of appointing Mr. Ajah after a careful appraisal of his antecedents in the civil service.

He described Mr. Ajah as a thorough-bred civil servant, adding that the appointment marked a further demonstration of the task of repositioning the state.

The governor said the SSG, prior to his appointment, was the longest serving Permanent Secretary in the State, having served in his former office since 2011.

He urged Mr. Ajah to justify the trust reposed in him by the state.

Responding, Mr. Ajah thanked the governor for finding him worthy to occupy such exalted position in government.

The SSG said he would not allow his personal ambition to override the interest of the state, adding that he would serve with diligence, to achieve better results.