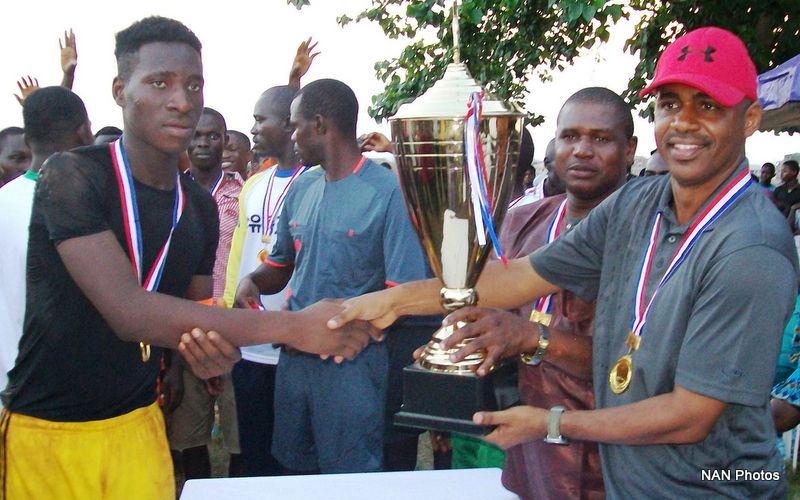 The Commander of Onitsha Military Cantonment of the Nigerian Army, Mohammed Bello, says his command plans to revive the Onitsha Cantonment Boxing competition.

According to him, this will aim at keeping youth within the barracks and environs away from involvement in crimes and other vices.

Mr. Bello, a Colonel, told journalists on Sunday in Onitsha that the upcoming competition for youth and men would target those currently using the cantonment’s boxing facilities for their training.

The commander, who said that the competition would feature all internationally acknowledged weight categories, noted that the event would run from June 6 to July 5.

He said that the competition would also foster understanding among those residing within the cantonment and the environs.

“It will strengthen the existing military-civil relationship. It will provide the civil populace opportunity to appreciate the military better.

“It will help us to channel the energies of most youths in the cantonment and the environs properly by helping to them to stay off engaging in criminality and other vices like participating in communal clashes.

“In the competition we will as is the practice, match people of same weight, height and stamina to get the best,’’ Bello said.

The commander, who described boxing as a traditional sport of the military, added that before passing out from any military training, one must take lessons in boxing.

“Before you go through any military academy or institution, you must go through boxing; which toughens you and makes you physically fit and mentally alert,’’ he said.

Mr. Bello also said the cantonment had the best boxing coaches around as well as medical facilities to take care of possible injuries.

“We have the best coaches in the cantonment and they have been grooming a lot of budding champions; with the presence of these coaches and a lot of talents; we decided to key into the revival this competition,’’ he said.

A week ago“the Commander’s Cup” for men’s football competition was hosted in the cantonment. Not less than eight teams participated in the eight-week competition.

In the final of the competition; Barca FC, Barracks defeated the NYSC Fidder Team via a lone goal to lift the trophy.

FIFA U-20 World Cup: 5 Nigerian players to watch out for