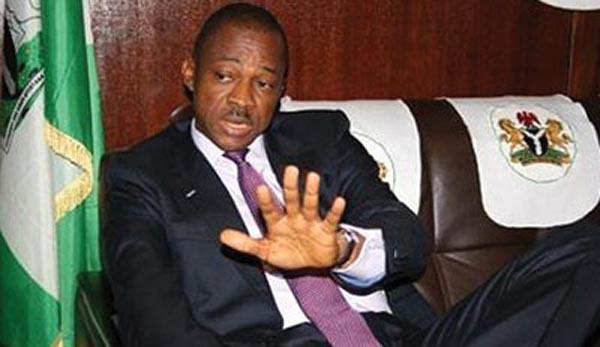 The Enugu State Government on Monday said it was unaware of any impeachment process against Gov. Sullivan Chime by a faction of the state’s House of Assembly.

The Chief Press Secretary to the governor, Chukwudi Achife, stated this in a telephone interview with the News Agency of Nigeria (NAN) in Enugu.

A 15-member faction of the Enugu State House of Assembly led by the Speaker, Eugene Odo, had early Monday commenced the impeachment process against Mr. Chime, alleging financial misconduct.

The members, who sat in the early hours of Monday in the legislative chambers amidst tight security, alleged that the governor manipulated the 2014 Appropriation Bill, among other impeachable offences.

They directed the Clerk, Christopher Chukwurah, to communicate their resolution to the governor.

The faction entered the premises through the small gate as they parked their vehicles by the roadside.

A faction of the assembly, led by the deputy speaker, also claimed to have impeached Mr. Odo as speaker. The group “elected” Chinedu Nwamba, representing Nsukka East constituency, as the new speaker.

The governor’s spokesperson, Mr. Achife, described the action the 15-member faction of the assembly as “null and void”.

According to him, the state government was still trying to come to terms with the realities of a change in the leadership of the house.

“What we should be talking about is the new leadership of the House of Assembly and not what the old one did.

“The process is perpetrated by those leaving the government on May 29 and that is why they are furious.

“No impeachment notice has been served on the governor; we must get that straight,’’ he said.