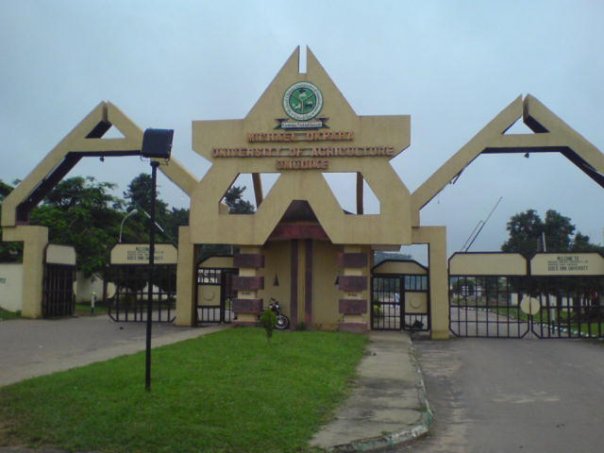 The Michael Okpara University of Agriculture, Umudike, Abia, said that it spent N1.5 billion of its internally generated revenue, IGR, to construct 10 hostels in the institution within one year.

Hillary Edeoga, the institution’s Vice-Chancellor, told the News Agency of Nigeria on Sunday in Umuahia that this was to provide adequate comfort and convenience for his students.

“Before I was appointed in 2011, there were only two hostels in the institution,” the professor said. “When I came on board, I constructed 10 hostels in one year and these hostels were inaugurated by the former Minister of Education, Prof. Ruqayyatu Rufai.

“We built these hostels from our IGR and each room has its own toilet—a kind of self-contain for the four occupants.

“Having inaugurated the new hostels, we decided against charging the old rate of N10, 000 per room per academic year which was the rate in the old hostels nicknamed `Ajegunle’.

“Whereas, the new hostels nicknamed `Abuja’ attracted N60, 000 which was not compulsory.

“In fact, we made alternative accommodation arrangements for the few students we could not accommodate in the `Abuja’ hostels.

“Also, some of those who had paid but could not get accommodations in the new hostels were given the option of either to have their rents refunded or use them next academic session,’’ he said.

Mr. Edeoga said that the N60, 000 the university authorities charged the students covered both accommodation, transportation and other facilities.

He said that the university provided 20 buses and taxi cabs that were conveying the students around the campus free of charge upon showing their cards from the hostels’ rent.

Mr. Edeoga said that prior to his appointment, some of the colleges were on the verge of being merged but he reversed the plan by ensuring that their courses were accredited by the relevant professional bodies.

“When I came on board, I rebranded the colleges and upgraded the University’s ICT which made the public to start patronising our programmes.

Also, the institution’s head of public relations, Onyinyechi Ralph-Nwachukwu, said that its solar-powered street lights manufactured in Denmark had enhanced learning and research there.

She said that the manufacturers built them after a study of the institution’s environmental needs.

Ms. Ralph-Nwachukwu said that the university had not experienced any internal strikes over the years except those ones initiated by the national executive of the Academic Staff Union of Universities, ASUU.

She said that, rather, it had continued to enjoy a seamless flow of academic activities.