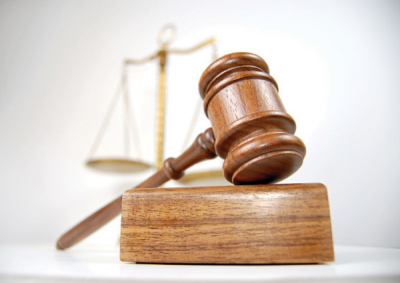 About 24 hours after the Rivers State government accused the National Judicial Council, NJC, of plotting to illegally impose an acting chief judge on the state, the council on Tuesday directed the most senior judges in the Rivers High Court and Customary Court of Appeal to oversee the assigning cases to judges.

This is contained in a statement signed by Soji Oye, Acting Director of Information, NJC’s office, in Abuja.

The statement stated that the two senior judges would also perform other related administrative duties.

It said the NJC took the decision at its 67th meeting held on May 27 during which it deliberated on the non-appointment of a substantive or acting Chief Judge for the state.

The statement noted with concern the attendant consequences of this development on administration of justice.

It stated that NJC took the decision to correct the impression created on NJC’s decision on the appointment of the Rivers chief judge.

It would be recalled that NJC had on March 27 suspended Justice Peter Agumagu, as the Chief Judge of Rivers who was sworn-in by Gov. Rotimi Amaechi on March 18.

Agumagu, until his appointment as chief judge, which NJC said breached Section 271 of the 1999 Constitution, was a former President, Rivers Customary Court of Appeal.

Mr. Agumagu has challenged his suspension and the suit is before an Abuja Federal High Court.

Ibim Semenitari, the Rivers State Commissioner for Information and Communications, on Tuesday called on the public to hold the NJC responsible for any break down of law and order which its “planned-intermeddling with the administration of Justice in Rivers State shall inexorably occasion.”

The Rivers State government and the judicial body have been at daggers drawn over the appointment of a Chief Judge for the state.

While Rotimi Amaechi, the state governor, gave the nod to Mr. Agumagu to occupy the position; the NJC preferred Daisy Okocha, the most senior High Court judge in Rivers State.

In March, following a suit filed by the state government, Justice Lawal Akanbi ruled that the governor was not under obligation to accept the recommendation of the NJC on the appointment of a Chief Judge.

Irked by the court’s ruling and the subsequent appointment of Mr. Agumagu as the Chief Judge, the NJC suspended him, stating that his appointment was illegal.

In their statement, Sunday, the Rivers State government said that in addition to the NJC’s surreptitious move to install Mrs. Okocha, they also intend to direct all the judges of the Rivers State judiciary to accept directives and instructions from her.

“This is clearly against the Judgement of the Federal High Court which voided NJC’s recommendation of this same Judge,” the statement read.

“The NJC, to disguise its disrespect for the Law and give the impression that it is acting within the Law, has planned to christen the said Justice Daisy Wotube Okocha as an ‘Administrative Judge’ with powers to perform the functions of the Chief Judge especially the assignment of cases.

“The Rivers State Government wonders what special interest the Chief Justice in person, and the NJC, in general, have in Rivers State and its Judiciary as to contemplate such obviously unconstitutional and illegal act against the state judiciary which act is also contemptuous of a Federal High Court’s Judgment which has voided NJC’s recommendation of Justice Daisy Wotube Okocha for appointment as Chief Judge of Rivers State,” the statement added.

Ms. Semenitari further stated that according to the State’s High Court Law, it is the Chief Judge that has powers to assign cases to judges and not any other person whether known as Administrative or Most Senior Judge.

“The contraption and contrivance known as ‘Administrative Judge’ to perform the functions of a State Chief Judge is unknown to both the Constitution of the Federal Republic of Nigeria and the Rivers State’s High Court Law,” she said.

“The public and in particular, Rivers People, are further informed that all issues pertaining to this matter of Justice Daisy Wotube Okocha and her desire to be the Chief Judge of Rivers State with the active support of the NJC, are subject of various litigation in various courts including the one Justice Okocha herself appealed against.”

The Rivers State government further said that it would seek redress in a court if the NJC continues to disobey the Constitution and the court ruling.

“Rivers State Government wishes to state that it shall administratively and legally use all ways and means known to Law, including its powers under the Constitution and all other extant Laws, to resist the over-arching desire and attempts by some politicians in the NJC who hope to use their membership of the NJC to hijack the Rivers State Judiciary for their Group’s political ends while pretending to be politically neutral.

“Finally, the Rivers State Government, which holds the NJC, as a body, in high esteem especially because its members are eminent members of the Learned Profession of Law, however, is constrained to call on Nigerians to hold the Body and its leadership solely responsible for any break down of Law and Order which its planned-intermeddling with the administration of Justice in Rivers State shall inexorably occasion,” it added.