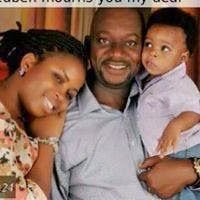 A witness allegedly said Mr. Orji’s son ordered the shooting of his assistant.

The Network on Police Reform in Nigeria, NOPRIN, on Monday asked the Inspector General of Police, Mohammed Abubakar, to investigate the killing of John Ndubuka, an assistant to Chinedu Orji, the son of the Abia State governor, Theodore Orji.

According to a statement by the National Coordinator of NOPRIN, Okechukwu Nwanguma, reports had quoted a witness as saying that he had heard the governor’s son order his orderly to shoot at late Mr. Ndubuka following a heated argument.

“Early reports quoted eye witnesses as testifying to this incident which they claimed to have happened at the Okpara Square, Umauhia, venue of the official declaration of his father’s senatorial ambition ahead of the 2015 general elections. According to one report: “An eye witness at the venue who spoke under anonymity stated that he was shocked when the Governor’s son, Chinedu, directed his orderly to shoot the late aide over a minor misunderstanding,” Mr. Nwanguma said.

The incident occurred after a civic reception organised in honour of the state governor by the people of Ikwuano, Umuahia North and Umuahia South LGAs.

Briefing journalists, the Commissioner of Information and Strategy, Eze Chikamnayo, said Mr. Ndubuka was hit by a bullet from an unknown source. He stated that the incident happened after the governor and some other dignitaries had left the venue of the event.

The state government also alleged that it was an assassination attempt on Governor Orji’s son. Mr. Chikamnayo promised that the incident would thoroughly be investigated and asked the Abia Police command to get to the root of the matter.

Efforts made to contact the state police command was futile as the spokesperson of the command, Ogbonna Godfrey, did not pick his calls or reply to text message sent to his phone.

I have no apologies for quitting DPP for APC – Kwande