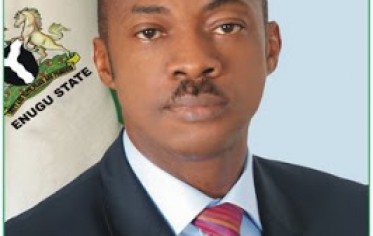 A civil society group, Save Enugu Group, SEG, on Wednesday announced that it had traced missing Enugu Governor, Sullivan Chime, to a London hospital where he is receiving treatment for an undisclosed ailment.

Maxi Okwu, the convener of the group, said in a statement that special investigators commissioned by SEG found Mr. Chime lying ill at the Wellington Humane Hospital Swiss Cottage, London.

The statement said, “Today makes it FOUR MONTHS since the last public citing of our able Governor. We had always known that he would not stay away for so long on VACATION unless circumstances where above his control. Pro-actively we commissioned our own investigators who tracked him down to Wellington Humane Hospital Swiss cottage London.

“It is therefore clear that all along officials of your government were lying to the people of Enugu State. The health status of any public official, particularly Chief Executives like a State Governor is not a private matter.

“The people have a right to know as invariably their tax is being deployed to take care of that officer.

“In the light of the above we DEMAND

1. That your make a broadcast to the people of Enugu appraising then on the true situation of their Governor.
2. That you apologize on behalf of your government for all the falsehood dished out by your information managers.
3. That all persons involved in this grave misconduct be summarily sanctioned.

4. That you invite the Christian Association of Nigeria (CAN) Enugu branch, ably led by His Grace Bishop Emmanuel Olisa Chukwuma to organize an interdenominational prayer and fasting session for one week for divine intervention for our ailing Governor.”

PREMIUM TIMES is however unable to determine at this time that the governor is in the hospital named by the group or that even such an hospital exists. An effort to trace the hospital this afternoon was unsuccessful.

The Enugu State government could also not be reached for comments.

Some newspapers  (not PREMIUM TIMES) had reported last December that the governor had died in an Indian hospital, after prolonged illness.

Speculations became especially rife after Mr. Chime left the state for months without any explanation for the people he governs. His whereabouts was also unknown.

But the state Commissioner for Information, Chucks Ugwuoke, said in a statement then that reports of the governor’s death was unfounded and malicious.

He said the governor was doing well and would soon return to the state from his vacation.