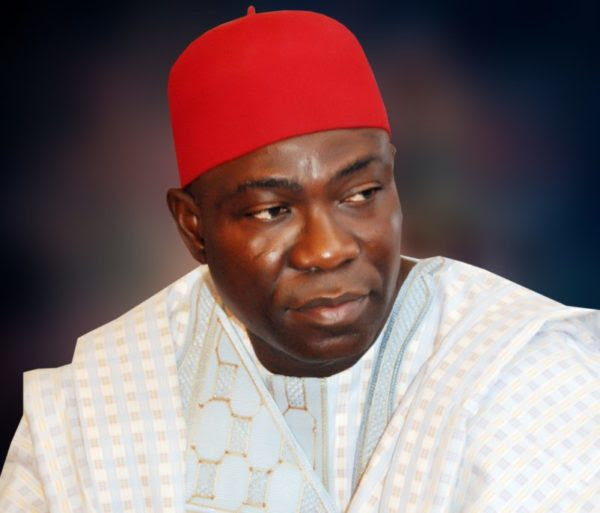 Mr Ekweremadu and his wife were arrested last Thursday and charged with allegedly trafficking a young Nigerian, David Nwamini.

The embattled Nigerian senator, Ike Ekweremadu, on Thursday, appeared at the Uxbridge Magistrate’s Court in London where he is facing charges of organ trafficking.

Mr Ekweremadu, a former deputy senate president, whose case was scheduled to be heard in court on July 7, had the case fast-tracked and heard today, Channels Television reports.

Mr Ekweremadu and his wife were arrested last Thursday and charged with allegedly trafficking a young Nigerian, David Nwamini, with intention of harvesting his kidney.

The Ekweremadus were denied bail and their trial was adjourned to July 7.

When Mr Ekweremadu appeared in court Tuesday, the prosecutor maintained his argument that Mr Nwamini was coerced to donate his kidney and is 15 years old.

PREMIUM TIMES reported how the Nigerian government, through the Nigerian Immigration Service, said on Sunday that Mr Nwamini was 21 years old.

Mr Ekweremadu’s case has now been adjourned to the initial date (July 7). He will remain in custody after the prosecutor argued that he is an influential person and is a flight risk.

The couple’s case will now be heard at the Westminster Magistrate Court where the UK Attorney General, Suella Braverman, will determine whether the case will be tried in the country or Nigeria.

On Thursday, a large delegation from the Nigeria High Commission was present in the public gallery alongside two of the senator’s children.

The Nigerian Senate had on Wednesday resolved it will send a delegation of the committee of foreign affairs to London to see the Ekweremadus. The delegation is expected to leave on Friday.

The Senate also mandated the committee on foreign affairs to engage with the British High Commission to find more details on the case.

Chiamaka Okafor is a reporter at PREMIUM TIMES in partnership with Report for the World, which matches local newsrooms with talented emerging journalists to report on under-covered issues around the globe.