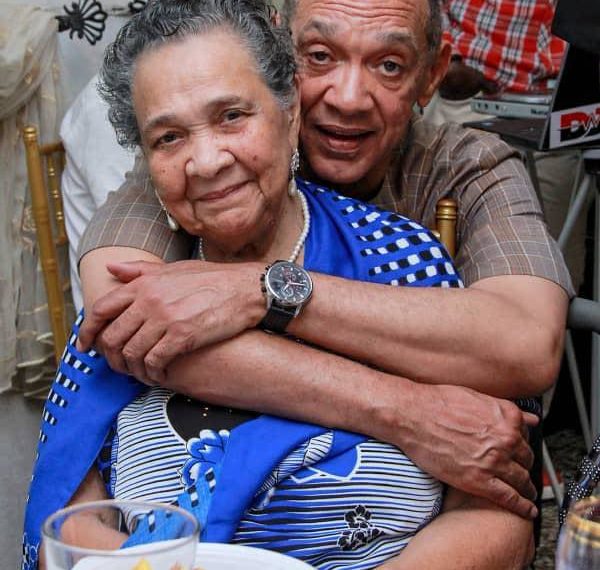 Mr Murray-Bruce with his late mum

“My consolation is that in her lifetime, I gave her not just everything that money could buy, but most importantly, I gave her my presence.”

A former senator from Bayelsa State, Ben Murray-Bruce has lost his mum.

Mr Murray-Bruce, who announced this in a Facebook post on Tuesday, said the mum passed on, Tuesday, at 4:40 a.m.

The former senator, who represented Bayelsa East District, is known to have bonded very well with the late mum, and would often share on social media photos of him hugging and playing with her.

The 65-year-old Mr Murray-Bruce, apart from his involvement in politics – he is a member of the Peoples Democratic Party, is the founder of Silverbird Group, an entertainment company that has been synonymous with beauty pageantry in Nigeria.

“Life. Indeed, like sand in the wind, today it’s here, tomorrow it’s gone. My gem of inestimable value, my support system, my best friend, my everything – she’s gone,” he said of the mum’s passing in the Facebook post.

Continuing, Mr Murray-Bruce wrote, “My consolation is that in her lifetime, I gave her not just everything that money could buy, but most importantly, I gave her my presence, my time, my everything.

“On uncountable occasions, I will go to her house to hug her and play with her for no reason but love, the kind that only sons share with their mums.”

Mr Murray-Bruce said his mum’s passing hurts him “so bad”.