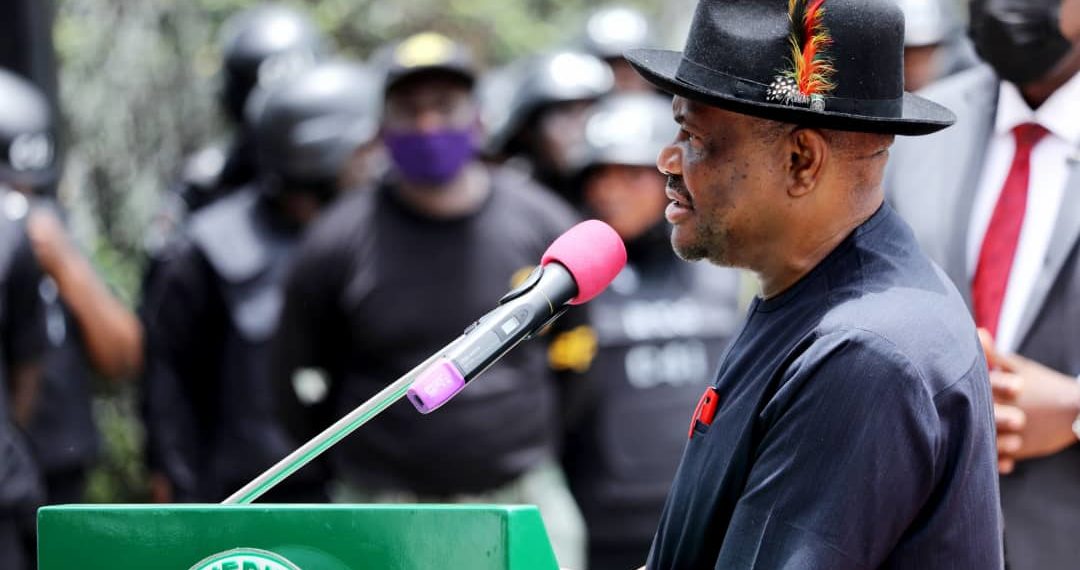 I have not anointed anybody to succeed me in 2023 – Wike

“Let me say it again, I have never sat with anybody to say I will make you governor.”

The Governor of Rivers State, Nyesom Wike, on Sunday, said he has not “anointed” anyone to succeed him as governor in 2023.

Mr Wike, who vowed to resist “any cabal” within and outside the state from imposing his successor on the people, said his administration has built nine flyovers in two years and will award contract for the construction of a tenth one at Tank Junction, Rumukurushi in Obio-Akpor Local Government Area of the state.

The governor stated this in Port Harcourt at a thanksgiving church service held at the Anglican Church to mark the second anniversary of his second term, according to a statement posted on Facebook by his media aide, Kelvin Ebiri.

Mr Wike appealed to church leaders to pray for a rancor-free transition, stressing that at the appropriate time “stakeholders of the state” will meet to decide who will succeed him.

“Let me say it again, I have never sat with anybody to say I will make you governor. But, as a governor, nobody from anywhere, be it in the party, in Abuja, will impose who will be the candidate of PDP in Rivers state.

“Nobody can impose a candidate here in this state. So, if you are running to Abuja, you are wasting your time.

“I urge you to pray that we will have our transition very smooth. That there will be no crisis.”

The governor said that despite the crisis “orchestrated to destabilise” his administration at the inception in 2015 and subsequently in 2019, he has continued to deliver the dividends of democracy to the people of the state.

In his sermon, the Diocesan Bishop, Wisdom Ihunwo, of the Niger Delta North Diocese, said “the governor has not failed Rivers people despite the recession and economic crisis that has beset all the states in Nigeria”.

Mr Ihunwo prayed to God to grant the governor “the grace to finish his tenure well.”