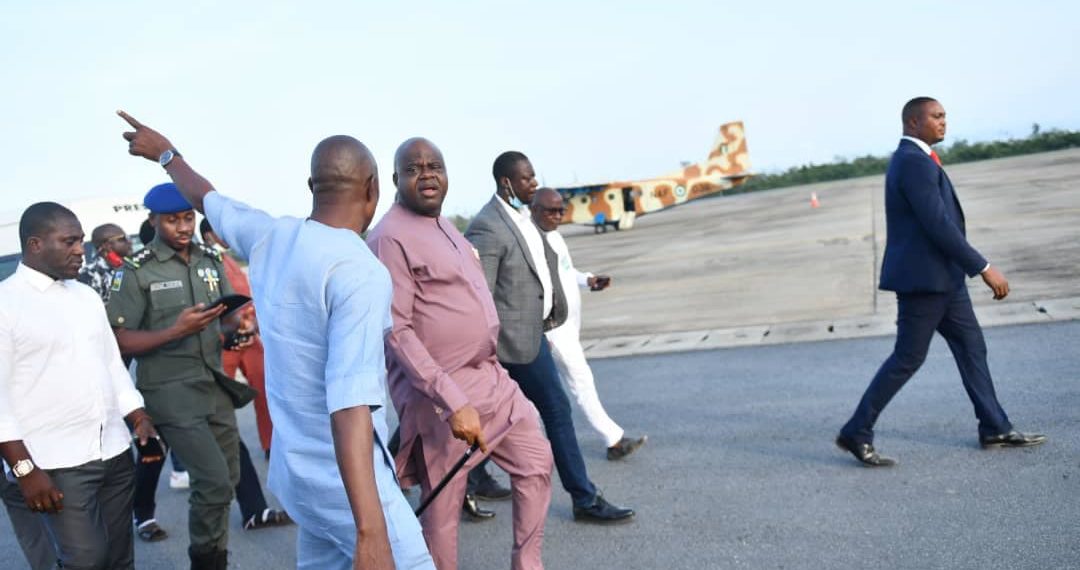 A certification team from Nigeria’s aviation regulatory authorities is expected to visit the airport soon.

Governor Douye Diri of Bayelsa State has said that the state-owned airport is ready for commercial flight operations.

Mr Diri stated this on Wednesday when he made an unscheduled visit to the facility ahead of a final certification visitation by the country’s aviation regulatory authorities on March 30, 2021.

The News Agency of Nigeria (NAN) reported Mr Diri as saying that the state government had provided the required facilities for the smooth take-off of operations at the airport.

“I have spent over one year on this project after taking over from my predecessor in office, Senator Seriake Dickson, who initiated it,” he said. “What we are doing now is dotting the i’s and crossing the t’s. So far, I think every requirement is on the ground.”

“I believe when the inspection teams from the aviation authorities come, they would be satisfied with what we have done and grant us the licence for commercial use of the airport,” Mr Diri said.

The governor expressed the hope that after the inspection and final submission of the reports, commercial activities would commence at the airport.

He was accompanied on the visit by the Commissioner for Works and Infrastructure, Moses Teibowei, his information counterpart, Ayibaina Duba, Managing Director of the Bayelsa Airport, Bunmi Williams and other top government officials.

Governor Diri disclosed that Bayelsa and Akwa Ibom had reached a tentative agreement for Ibom Air, owned by the Akwa Ibom Government, to ply the Bayelsa airport route when the airport commences commercial operations.

Governor Diri also inspected the ongoing construction of the 4.5km Igbedi-Opokuma Road project, where he expressed satisfaction with the work done so far.

“The contractors are doing their best. I expect that they would keep to the completion timeline. I urge them to sustain the momentum that we have seen,” the governor said.

‘I won’t go for third term through surrogate’ – Governor Emmanuel