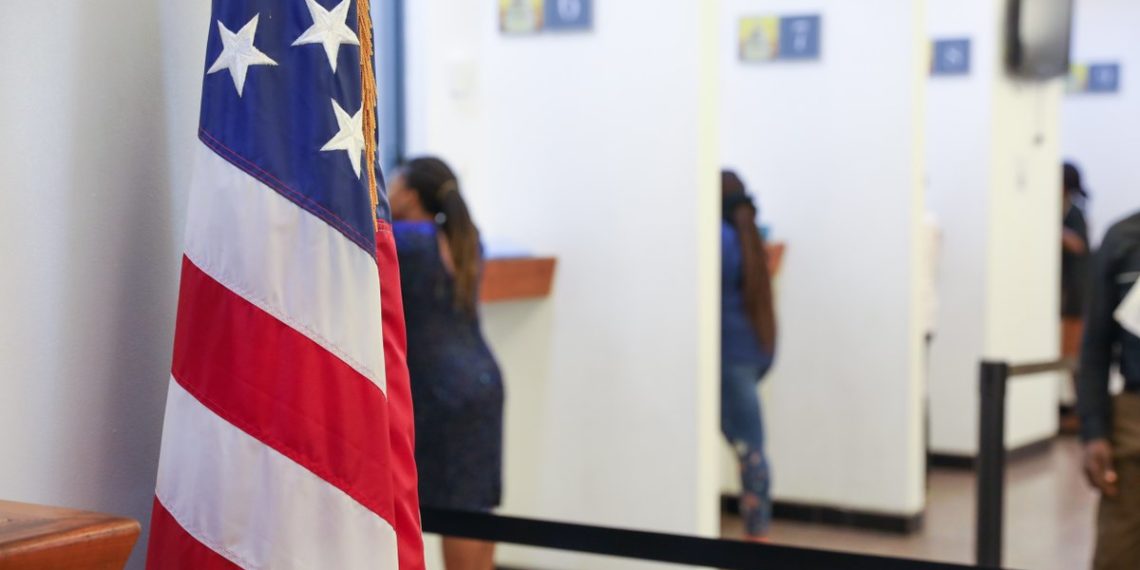 The Window on America is a facility that hosts a variety of events designed to bring Americans and Nigerians together.

The United States mission in Nigeria on Wednesday opened a centre called Window on America in Uyo, Akwa Ibom State.

A statement issued by the mission in Lagos said the centre was opened in partnership with the University of Uyo, Akwa Ibom State.

The Window on America is a facility that hosts a variety of events designed to bring Americans and Nigerians together.

The opening of the facility in Uyo comes a few weeks after the first ‘Window’ hosted at the ‘Slum2School Innovation Hub’ in Lekki, Lagos was commissioned.

The U.S. Consulate said the new window was hosted at the main library of the University of Uyo.

It added that the facility would provide information about the U.S. government, history, culture and educational system.

Stephen Ibelli, U.S. Consulate Public Affairs Officer, said the primary objective of establishing the “Window on America” was to promote mutual understanding between peoples of the U.S and Nigeria.

He explained that the Uyo Window would function as a hub for activities and open its doors to young Nigerians looking to develop ideas, as well as leadership and entrepreneurship skills through programmes and workshops designed especially for them.

“Young people are the strength of this nation and they will find a wealth of opportunities that can only be found in this space.

“We invite them to take advantage of the free service at this Window on America in Uyo as their place for engagement, education and empowerment,” Mr Ibelli said.

According to the consulate, the U.S. Mission would add 11 new Windows on America to the family of American Spaces in Nigeria in order to engage more Nigerian audiences in their local communities.

The regular talks by U.S. speakers, Embassy staff, Fulbright scholars, and other Americans would allow citizens of both countries to interact and exchange ideas.

The Vice-Chancellor, University of Uyo, Nyaudoh Ndaeyo, was quoted as lauding the U.S. government for the partnership that culminated in the opening of the centre in the university.

Mr Ndaeyo expressed optimism that youth in the Uyo metropolis would benefit immensely from the free resources available at the facility.