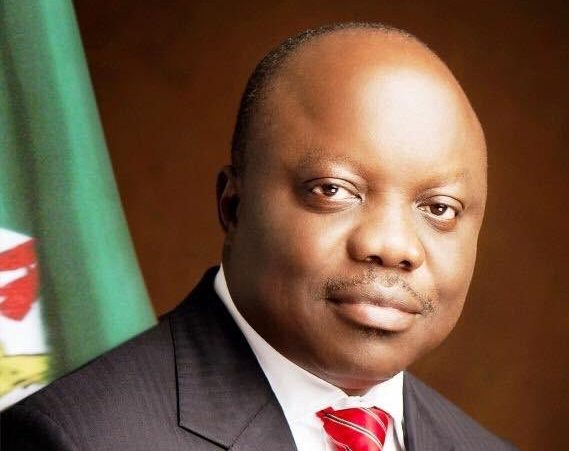 Mr Uduaghan said he returned to the party to strengthen it.

Emmanuel Uduaghan, a former governor of Delta State, has dumped the All Progressives Congress (APC) and returned to the Peoples Democratic Party (PDP).

Mr Uduaghan returned to the PDP on Monday at his Unit 1, Ward 6, Abigborodo in Warri North local government area of the state.

The APC, earlier this month, lost its last state in the region, Edo, to the PDP.

The former governor, who is a founding member of the PDP, in August 2018 defected to the APC and contested for the Delta South Senatorial slot in the 2019 election, but lost to James Manager, his PDP rival.

He was the state governor for eight years under the platform of the PDP.

Thousands of supporters cheered his return to the PDP at his country home in Warri North LGA.

Addressing the crowd, Mr Uduaghan said he returned to the party to strengthen it.

Mr Uduaghan said, “I only stepped out for a few days to find out what is happening there and I have come back to strengthen the party. Today, I have come to reactivate my membership card. I have picked it up.

“I am hearing that there are a few challenges, we have the manpower, the experience to be able to elevate our area and the people of Delta State, and that we shall do.

“We will get our own of whatever is due to us by God’s grace. We will get what is due to us. I am sure there is very little I don’t know about this state. I promise you that collectively, as we are standing here now, we shall sit as often as possible and articulate our issue.”

Stating that the nation is currently facing hard times, he noted that President Muhammadu Buhari is “doing his best.”

He also commended Ifeanyi Okowa, the Delta State governor, for his efforts in holding the party together since he emerged leader of the party in the state.

“I want to thank Governor Ifeanyi Okowa, who has been holding every part of the state since he became governor. It is not easy. I want to urge all of us to continue to pray for him so that he can complete his tenure,” Mr Uduaghan said

Top party leaders welcomed Mr Uduaghan back to the PDP.

These include Thomas Ereyitomi, member of the House of Representatives; Val Areyinka, deputy state chairman of PDP; Vincent Uduaghan and Omashola Williams, former commissioners in the state, among others.