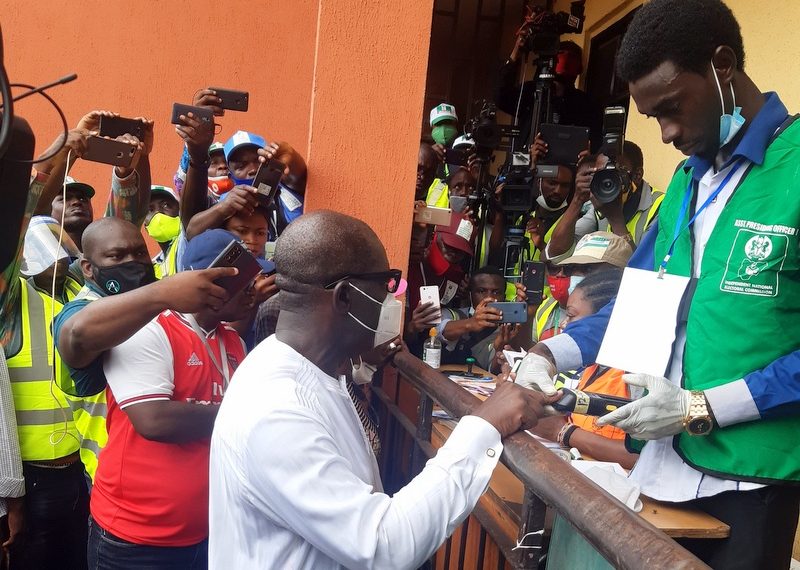 Mr Obaseki is seeking re-election on the PDP platform but faces 13 challengers from other parties.

Governor Godwin Obaseki and some of his supporters searched some vehicles parked at the viccinity of the place where he cast his vote.

After voting, Mr Obaseki led his “4+4” shouting supporters to search vehicles parked within the premises of the school where voting is taking place, apparently based on suspicion his opponents had brought cash to buy votes in his base.

Mr Obaseki is seeking re-election on the PDP platform but faces 13 challengers from other parties.