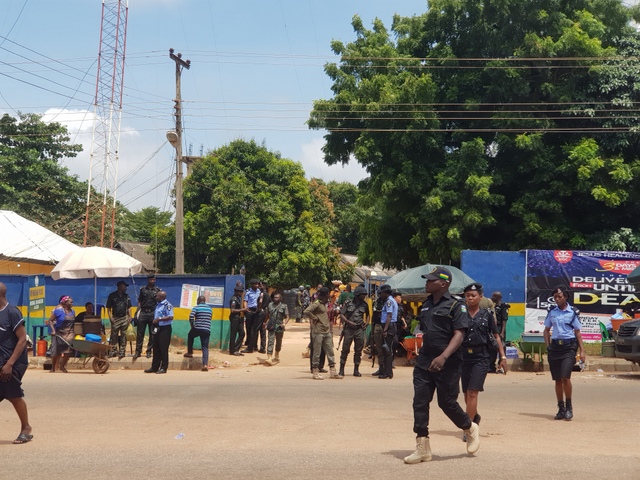 Gripping the steering with his right, Sunday, a taxi driver, thumped his hand in the air with his left, shouting “Ize-Iyamu,” as the traffic leading to ring road, Benin, Edo State, snailed.

Another driver, Samuel, driving on the opposite lane, gave him a scornful look, and said “no.”

Smiling, Samuel began to tell passengers in the cab how he hopes the September 19 election would swing.

He said he is a member of the Peoples Democratic Party, but had always liked the “style of (the incumbent) Obaseki,” and would have voted him if he had not decamped from the All Progressives Congress. So Mr Obaseki’s decamping to the PDP was an icing for him, he said.

Elsewhere, as another bus moved along Akpakpava road, two passengers flagged it down, mounted their positions in the bus, sloganeering about the election in the state.

As the two sat down, they bickered with the driver of the bus, Oshodin Sunday, who is rooting for another candidate, all through the half hour journey. 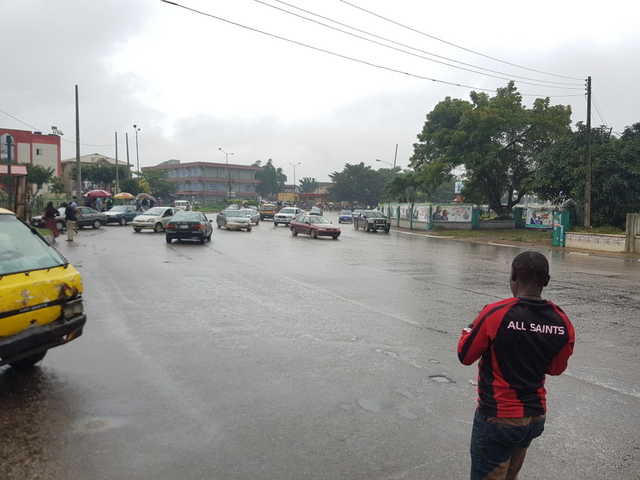 Such is the mood in Edo, Nigeria’s South-south state that lies between savannah west and mangrove south, where residents brace up for the September 19 gubernatorial election.

Though there are 14 candidates for the election, the quest for the top job in the state has been dubbed a two-horse race, between the incumbent Godwin Obaseki and his opponent four years ago, Osagie Ize-Iyamu.

Both men have swapped parties and are now respective flag-bearers of the parties they opposed in the last governorship election — Mr Obaseki now hoists the umbrella of the PDP while Mr Ize-Iyamu now swings the broom of the APC.

“Emmaigba,” loosely translated as “two terms must be completed,” was observed to be a catchphrase sloganeered by potential voters belonging to the former camp.

Along Jettu road in Auchi, the sight of a PDP campaign train chanting the catchphrase excited Omoh Kadiri, an okada rider from Owan East local government.

“Did you hear what they said?” he asked as he explained the meaning. “We just want him (Obaseki) to complete his eight years. Obaseki is a good man,” Mr Kadiri, a graduate of accounting from Federal Polytechnic, Auchi, said.

However, some of those on the other flank said they will vote Mr Ize-Iyamu because of the support of Adams Oshiomhole, the state’s two-term former governor and APC former chairman, whose unending battle with Mr Obaseki culminated to his sack as the party head and the former decamping to the opposition.

“He has done so much for Edo State,” Itohan, a nurse and a graduate of Edo State Polytechnic, Usen, said of Mr Oshiomhole, recalling how “her sanity was restored in her school after months of turmoil.”

Like her, Ehimen Friday, a driver of a cab hailing company in Edo from Oredo local government, shares this sentiment.

As he drove these reporters along GRA in Benin-city, he, at intervals, pointed at structures that dot the landscape, saying, “this was done by Oshiomhole.”

He, however, will not vote because he fears that there would be violence, and nothing would convince him to believe otherwise, “because apart from that, votes don’t count.”

But the fear of violence excites Itohan, the nurse. She said she would make brisk business by hiking medical charges for potential casualties.

“Let no one fight or cause violence. If they do, the stitches which we ordinarily charge N5,000 for will go for N50,00. Let’s not even talk about admission on bed.”

Largely so, over a dozen of residents spoken to said they are in high spirits ahead of polls, but they nurse the hope of seeing their votes count — an assurance Nigeria’s electoral umpire, INEC, and security agencies have given.

“We are not praying for violence here, all we want is peace. We pray that whoever wins will put us first, not someone that will win and “suffer” we masses,” Richard Eze, who sells automobile spare parts along Iyamho road, said.

“I have my PVC. We are prepared to vote for candidates of our choice come Saturday,” he noted, adding that he is not asking for more than “meeting the daily bread of me (himself) and family.”

“These last four years, I won’t lie to you, has not been too good for me. Business and finance have been muddled up. I am not saying this person is good or another is bad, all I am saying is that God (should) give us whoever will do us better in the next four years.

This newspaper observed on Thursday that police officers posted to Auchi Area Command that covers some wards in Edo North Senatorial district await deployment to their respective polling unit. 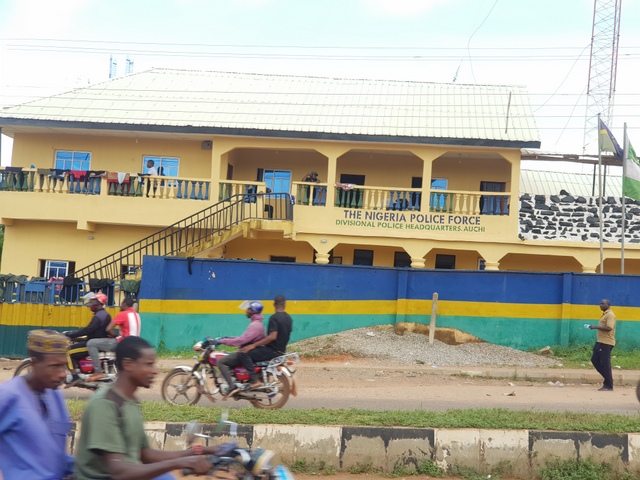 “We are here on special duty, and as you can see, there are many commands here for the election, Lucy Italoye, a police officer, said, “We are waiting to be deployed to our various local governments”

“My job here is simply to protect the electorate and ensure there is no fight or quarrel. People should feel free to vote for anyone they want to vote for.”

“They have not given us food, no accommodation, no allowance,” a colleague of Ms Italoye quickly chipped in, declining to give her name.

Another police officer, Aminu Dandare, deployed from Kano Command, also said that they are yet to be deployed to their specific duty posts.

Reacting to the development, the state’s police spokesperson, Chidi Nwabuzor, said over 31,000 officers have been deployed, “but all that is left is movement.”

The inspector-general of police had earlier said three police officers would mount each polling unit.

“I can confirm to you that those officers have been deployed to the three senatorial districts which are made up of 18 local government areas,” Mr Nwabuzor said. “What they are waiting for is movement distribution.”

He, nonetheless, downplayed the claim that the officers have got no allowance or accommodation, saying those were not necessities.

He declined further comments on the state of security ahead of the election, saying he has no “jurisdiction nor authority to speak since we have senior officers on ground.”