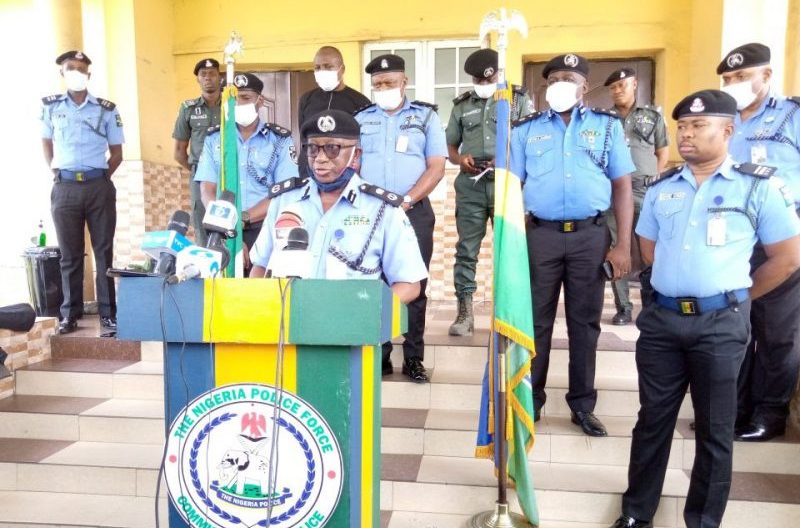 The Police Command in Rivers

The Police Command in Rivers, on Thursday, began community policing in the state, following the launch of the Community Policing Advisory Committee (SCPAC) in the state.

The Commissioner of Police in the state, Joseph Mukan, made the disclosure in a statement in Port Harcourt.

According to him, the committee is the outcome of current policy in the recruitment of Special Constables, as recommended by the Police Force Order 291 on community policing.

“The order empowers the police at all levels to engage in active partnership with law-abiding citizens and government agencies, among others.

“It allows the police to collectively and collaboratively solve problems of crime; reduce the fear of crime and ensure the safety of communities.

“Deriving its powers from the order, the Inspector General of Police, Muhammed Adamu, thought it expedient and pertinent to work out modalities for a seamless approach,” he said.

Mr Mukan said the police command after appraising the process, created committees at the state, local and divisional levels to manage operations of community policing.

He explained that SCPAC would coordinate and deal with matters on community policing while the CP would on behalf of the committee, report to the State Security Council, Chaired by Governor Nyesom Wike.

“SCPAC members include, the Chairman of Council of Traditional Rulers in Rivers and the Commissioner of Police, who is to co-chair the committee with the Royal Majesty.

“Others are heads of security agencies in the state; one representative each from the Nigeria Council of Islamic Affairs (NCSA) and the Chairman, Christian Association of Nigeria (CAN).

“Also included are the state Chairman, Police Community Relation Committee (PCRC) and one representative each from the three Senatorial Districts in the state,” he said.

The commissioner said the guidelines on community policing also made provisions for a similar membership of the committee to be replicated at the local government and divisional levels.

He assured that SCPAC would bring policing to the people as well as close the gap between the public and the police.