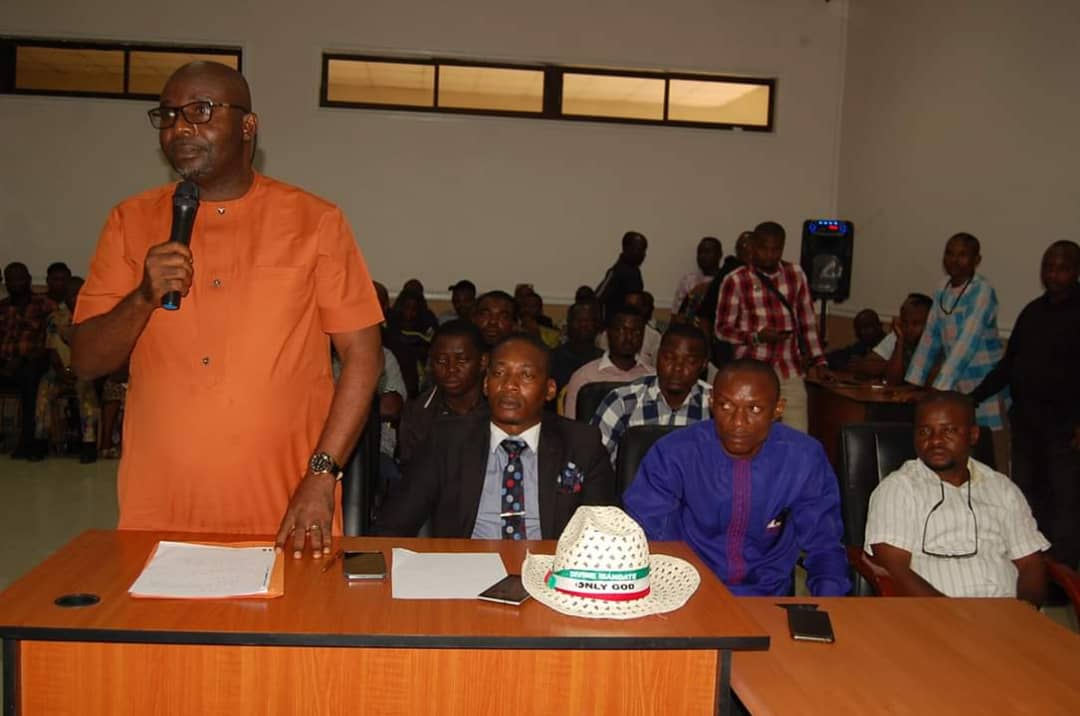 The committee on local government and chieftaincy affairs in the Akwa Ibom State House of Assembly has commenced investigative hearing into the assault on an artisan in the state.

Godwin Abraham, who makes a living decorating event venues, was flogged in April at the secretariat of the Abak local government area by two men who accused him of insulting the chairman of the local government council, Imoh Williams, on Facebook, over some unresolved indebtedness.

The assault was captured on video which went viral on the internet, prompting the House of Assembly to suspend the council chairman, Mr Williams.

One of the assailants, Uduak Aniekan, otherwise known as Uduak Alele, was identified as an aide to Mr Williams.

The other was Nyakno Ukpanah, an official of Ukanafun Local Government Area, Akwa Ibom State.

Before the assault video surfaced on the internet, the victim and his assailants had voluntarily opted for a “peaceful settlement,” a police statement on the incident revealed.

The suspended council chairman, Mr Williams, alongside the victim, Mr Abraham, and his assailant, Mr Alele, appeared before the House committee on Friday.

Mr Williams told the committee he did not have prior knowledge of Mr Alele’s action, neither did he endorse the assault on the artisan after learning about it.

Mr Alele, in his testimony before the lawmakers, reiterated what he had earlier said on Facebook about the incident – he acted alone, without anybody’s prompting.

“Why I flogged him was that he called the chairman of Abak his slave and the governor an ingrate,” Mr Alele wrote on Facebook, July 23.

Mr Alele said the council chairman later sacked him as his protocol officer because of the incident.

“I want to say this openly that no one sent me to flog Godwin; not the chairman (Mr Williams) or anybody, I did it on my own,” Mr Alele said.

“Please, I am sorry, find a place in your hearts to forgive me.”

Mr Abraham, the man who was assaulted, told the lawmakers how a committee set up by the chairman of the council invited him to do decoration during the Armed Forces Remembrances Day in 2018, and how he made fruitless attempts to get his money – N75,000 – paid to him.

Messrs. Williams, Alele, and Abraham answered questions from the lawmakers.

Some documents were tendered as evidence before the lawmakers.

The committee chairman, Mr Esset, assured the public of an unbiased investigation in the case.