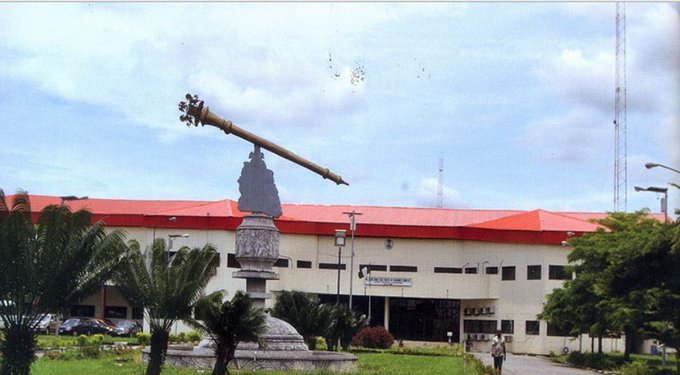 The Akwa Ibom State House of Assembly has suspended the local government chairman whose aides were captured on video assaulting an artisan.

The Akwa Ibom governor, Udom Emmanuel, on Wednesday condemned the assault, describing it as “unacceptable in a civilised society and does not represent our core values”.

Mr Emmanuel advised the state assembly to investigate the incident.

The assembly in a plenary on Thursday presided over by the speaker, Aniekan Bassey, directed the chairman of Abak Local Government Area, Imoh Williams, to proceed on indefinite suspension.

The assembly mandated its committee on local government to investigate the incident and report back to the House within a month.

The artisan, Godwin Abraham, was assaulted at the premises of the local government council in Abak on April 13 by two men said to be aides of Mr Williams.

From the video clips, the men accused the artisan of taking to Facebook to “insult” the chairman because of some unresolved indebtedness – the artisan claimed he has not been paid N75, 000 for some decoration jobs he did for the chairman.

The artisan identified one of his assailants as Uduak Alele.

“For all the work, he (Imoh Williams) has never given me any money,” Mr Abraham said.

“Each time I approached the chairman in his house or office, he kept telling me that there was no money yet in the local government.

“When I heard that the local government had received its monthly allocation, I went to the chairman, he collected my bank account number from me.

“But he didn’t pay money into my account, so I kept visiting him in his house to beg for my money.

“One day the chairman angrily told me ‘My friend, get out of my compound, don’t you know you are a burden to me?

“His security aides chased me out of his compound. I left his house that day and then reported the matter to some elders in the community, I pleaded with them to tell the chairman to pay me my money which I worked for. I told them that I rented materials to do those decoration work for him,” the artisan said.