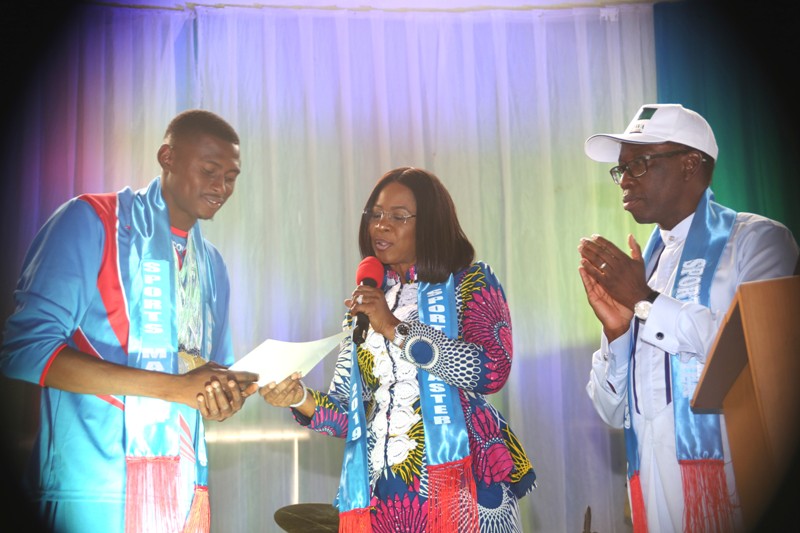 The Delta State Governor, Ifeanyi Okowa, rewarded excellence on Monday in a rare event by dolling out cash rewards worth more than N403 million to athletes who participated in the 19th edition of the National Sports Festival tagged, Abuja 2018.

It was a colourful event attended by the athletes, sports officials, members of their families, wife of the governor, Dame Edith, and sports lovers at the Indoor Sports Hall of the Stephen Keshi Stadium, Asaba.

Also rewarded are medallists at the 2018 edition of National Youth Games which took place at Ilorin, Kwara State in 2018.

It would be recalled that at the sports festival, Delta State won with 163 gold, 88 silver and 101 bronze totalling 352 medals to beat its closest rival, Rivers State which had 194 medals.

“Great Delta athletes, distinguished ladies and gentlemen, today’s event is very special to me, because I have the privilege of being able to fulfil my promise to reward not only the medalists but everyone who represented our dear State,” the governor said, adding, “I, therefore, wish to reassure our young people, especially those with talents that the State government will continue to encourage sportsmen and women.”

He continued, “Sports has become a vital tool of empowerment and accomplishment both at the national and international levels and I urge all of you (sportsmen and women) not to relent; aim at attaining higher standards and glories both for the State and our country.”

“Facilities have been made available and they will be continually upgraded to meet the demands of modern training,” the governor who was beaming with smiles throughout the event stated, asserting, “whatever the state government is offering you today, it is not necessarily payment or compensation for winning laurels for your State; rather, it is a token of appreciation for your commitment and patriotism while competing for your State.”

The governor on the spot offered a scholarship to Precious Okafor to the University levels as she competed and won medals at the National Youth Games despite losing her mother.

The team leader, Ifekachukwu Paul thanked Governor Okowa for keeping to his promise of rewarding the athletes with cash gifts, observing that the governor has provided first class sporting facilities in the state and encouraged the athletes to bring out their best.

He assured the governor that the Team Delta will win more laurels in future sporting events.

The Chairman of Delta State Sports Commission, Tonobok Okowa, had in an opening speech, thanked Governor Okowa for inspiring Delta athletes to victory, noting that Team Delta spends more than two weeks in camps before any competition.