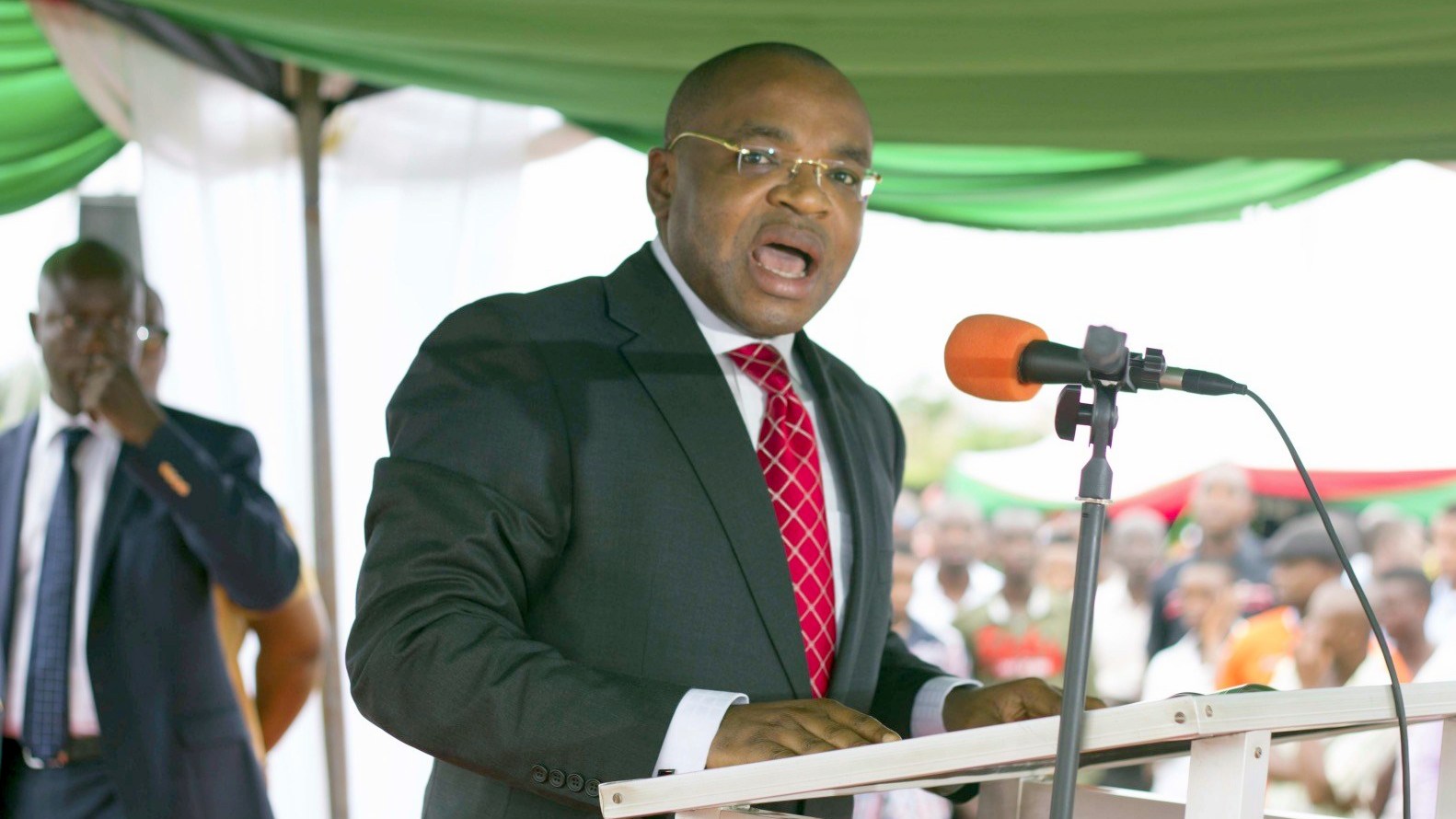 The Akwa Ibom State Governor, Udom Emmanuel, has once again appealed to the people of the state to embrace his administration and reject the opposition.

Mr Emmanuel made the appeal in a state-wide broadcast on Sunday to mark the 31st anniversary of the state.

The governor, in his address, constantly made veiled reference to the senator representing Akwa Ibom North-West, Godswill Akpabio.

He portrayed Mr Akpabio, a former governor of the state and his estranged godfather, as the face of the opposition in the state.

Akwa Ibom has been a Peoples Democratic Party-controlled state since Nigeria returned to democratic rule in 1999.

The senator’s defection, which has inspired several other politicians in the state to abandon Mr Emmanuel, is considered the biggest threat to the governor’s bid for a second term in office.

In apparent reference to the past administration of Mr Akpabio in the state, Governor Emmanuel said in his broadcast: “My fellow Akwa Ibomites, you have a choice of continuing on the path of steady growth of our state and our people, of a state that is fast industrialising and where our youths are gainfully engaged and have a reason to dream and dare or a return to the years when the promise of industries in each of the 31 Local Governments Areas were made with fanfare and not even a cottage industry was established; where monuments were built with great fanfare instead of Projects that have enduring benefits to our people.”

The governor added, “Remember, building monuments is not the same thing as building lasting and economically viable projects.”

Mr Akpabio, while campaigning for re-election as Akwa Ibom governor in 2011, had promised that his administration was going to build one industry in each of the 31 local government areas in the state if re-elected.

The administration, however, didn’t keep to the promise, despite the billions of naira that accrued to the state monthly from the nation’s Federation Account.

The failure of the Akpabio administration to build the industries became a major campaign issue against the PDP during the 2015 governorship election in the state, even though the APC was unable to stop Mr Akpabio from helping Mr Emmanuel, then a relatively unknown figure from the banking sector, succeed him as the governor.

Today, ironically, seven years after, Mr Emmanuel is bringing back the Akpabio’s failed promise as a campaign issue, against the APC.

Mr Emmanuel also made reference to the insecurity that plagued the state during the Akpabio administration.

“Fellow Akwa Ibomites, we are confronted with two stark and distinct choices: the choice of living in a state that is peaceful, devoid of kidnappings, politically motivated assassinations and where the security of lives and property is assured or a return to the fearful years when death and insecurity walked on two legs; where people were afraid to visit or pursue their legitimate businesses for fear of being kidnapped or outrightly murdered. It is a chapter in our state’s history we wished had not been written!” the governor said.

“When they lie to you my dear Akwa Ibomites about what we have achieved, you should ask them to show you what they have used the massive budget to do for Akwa Ibom people.

“Akwa Ibom people deserve better, they deserve to be told the truth. The era of taking our people for granted, playing on their perceived gullibility is over. Our people deserve a fair deal from those who wish to lead them and not a raw deal. That is the choice you have my fellow Akwaibomites.”

The governor said as the 2019 general elections approach, the state is at the risk of being returned to the “dark chapters we had worked hard and collectively shredded and rejected”.

“It is that great story of a people who had been emancipated from internal slavery and cruel domination, from the naked and broad daylight stealing of our commonwealth and common blessings that today is at risk of repeating itself.

“If we miss this moment, if we allow the raw desire of an individual to supersede the collective interest of our people, we will forever remain bound by the shackles of domination and slavery. May God never allow affliction to happen a second time!” he said.

The governor said his administration has succeeded in building industries, several roads in all parts of the state, as well as revamping healthcare delivery and education, and building a strong foundation for economic prosperity in the state.

He said the battle for 2019 wasn’t about “Udom Emmanuel”, but about the future and about making a choice whether to “embrace progress” or to “embrace darkness”.

“I came here in 2015, with a governance philosophy based on my Five Point Agenda of: Job Creation, Poverty Alleviation, Wealth Creation, Economic and Political Inclusion and Infrastructural Consolidation and Expansion and in spite of the challenges we have faced on the economic horizon, I make bold to say today, that we have made huge gains. We are determined to industrialize this state and we are right on the mark.

“Our state is rising and will continue to rise. Let us as Akwa Ibomites at home and in the Diaspora tell ourselves: Never again shall we fritter away the huge gains we have made in the last 31 years just to satisfy the ambition of one individual or a few group of persons. Akwa Ibom is our heritage and we will, and must guard this heritage jealously,” the governor said.