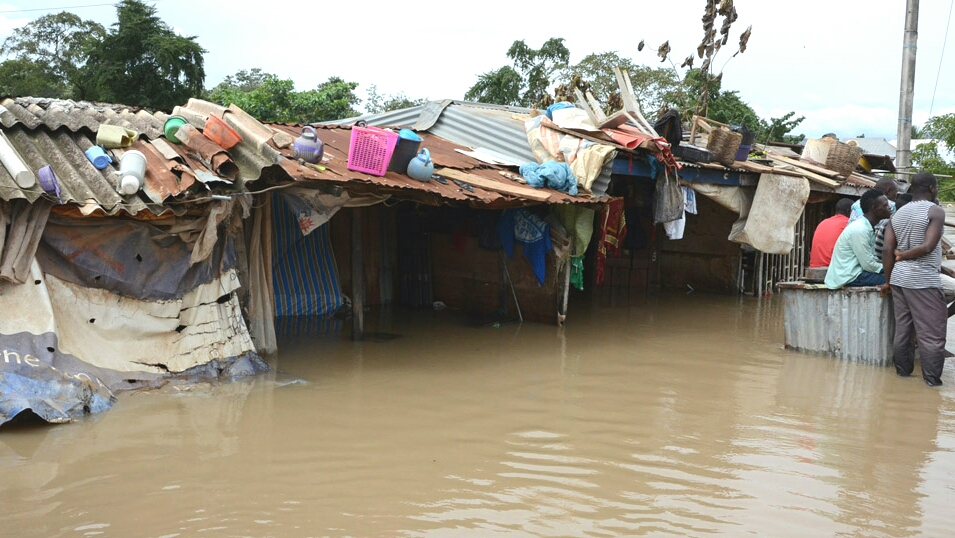 File photo of flood used to illustrate the story

Some coastal communities in Sagbama Local Government Area of Bayelsa State have been flooded, with many residents rendered homeless.

Daniel Iworiso-Markson, Commissioner for Information in Bayelsa, who confirmed the development to the News Agency of Nigeria (NAN) on Sunday, said the state government was still assessing the damage caused by the disaster.

Mr Iworiso-Markson disclosed that the number of communities affected by the flood is on the increase, adding that the state is in dire need of support, especially from the federal government.

He observed that the timely steps taken by the government in setting up a flood response team and subsequent sensitisation had prepared the minds of the flood prone communities, adding that earlier flood alert also saved the day.

The commissioner, however, reiterated an earlier call made by the Bayelsa Deputy Governor, John Jonah, that the state is yet to get its own share of the flood intervention fund.

Mr Jonah had on Wednesday, while receiving a delegation from the National Emergency Management Agency (NEMA) expressed displeasure over the non-payment of its share of the N1.6 billion approved by the federal givernment for states ravaged by flood.

Mr Iworiso-Markson decried the delay in the release of the fund since 2012, saying it would have helped to complement the efforts of the state government in tackling the flood.

The commissioner urged residents in Bayelsa to be vigilante and report flood incidents in their various communities to the flood emergency telephone lines for quick intervention.

Meanwhile, the lawmaker representing Sagbama constituency 3 in the State House of Assembly, Salo Adikumo, confirmed that the worst hit communities in his area included Asamabiri, Elemebiri, Ekperiware and Adagbabiri.

Mr Adikumo said, so far, properties worth millions of naira have been destroyed in the affected communities.

He called for the intervention of the federal government, through NEMA.

The lawmaker also appealed to other relevant Federal agencies to make haste in coming to the rescue of those affected by the flood in the state.

He said the state government is doing its best; within the limit of its resources.