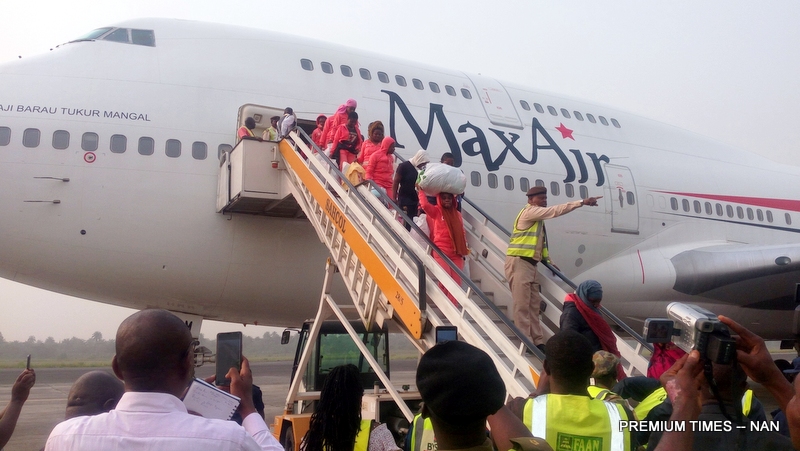 The Edo State Government says it received 3,883 Libyan returnees between November 2017 and August 2018.

The statistics were given in the one year report on activities of the State Taskforce against human trafficking made available to the News Agency of Nigeria (NAN) in Benin on Thursday.

The document indicated that the returnees came in 34 different batches from the last quarter of 2017 till date.

It said that all the returnees had been profiled and registered in the data base of the taskforce.

The document also indicated that 415 of the returnees had been trained in various vocations and skills to enable them become useful to the society.

It said that N60.2 million had been spent by the task force on payment of three months’ stipend to the returnees.

“The payment is usually made to different categories of returnees in the following order – N20, 000 for single returnees, N25, 000 for pregnant returnees and N10, 000 for children.

“The first verification exercise was conducted on the 22nd of December, 2017 and the sun of N10.5 million was paid out to returnees in the state as first stipend.

“Following the second verification exercise on the 9th of January, 2018, the sum of N31.7million was again paid as stipend to these returnees.

“Then after the third verification exercise on 26th of April, 2018, a total sum of N17. 9 million was paid out as stipend.

“This brings the total sum to N60, 170,000 (Sixty million, One Hundred and Seventy Thousand left Naira) has been paid out as stipends to the returnees.

“The payment of stipend is still ongoing,” it stated.

The taskforce said that it had made some inroads in the reported cases of human trafficking and related matters.

It said that four cases had been charged to court, two ready for arraignment, while one had been transferred to NAPTIP.

The document said that 28 cases were currently under investigation, while four cases had been kept in view.

The task force commended the state House of Assembly for the passage of the Edo State Trafficking in Persons and Prohibition Law and said it was not relenting on its advocacy and sensitisation programmes.