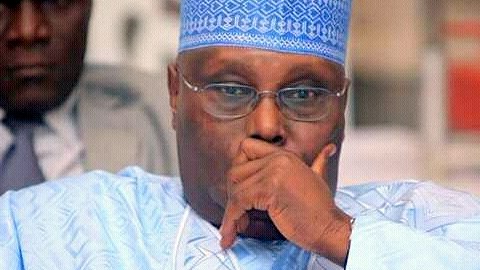 The Bayelsa chapter of the People’s Democratic Party (PDP) says it has not endorsed former Vice President Atiku Abubakar as the party’s flag bearer in the 2019 presidential poll.

Mr Abubakar visited the state on Wednesday to solicit support ahead the 2019 general elections.

Moses Cleopas, the Bayelsa PDP chairman, said in a statement on Thursday in Yenagoa, that the visit of the former Vice President was not for endorsement of his aspiration to fly the party’s flag in the 2019 poll.

Mr Cleopas said the doors of state PDP chapter remains open to all aspirants seeking the party’s presidential ticket for the election.

According to the statement, the party would receive all aspirants and accord each of them the respect, hospitality and the courtesy they deserve.

He said the decision to welcome all aspirants enjoys the support of the state’s leader of the party, Gov. Seriake Dickson.

The party chairman maintained that Bayelsa is a PDP state and thanked the leaders and members of the party for turning out en mass to receive Mr Abubakar at very short notice.

Mr Cleopas urged them to extend same to other aspirants as they visit the state.

He added that while it was the position of the party to receive and hold consultative talks with all aspirants, the party in the state would not endorse any particular candidate before the upcoming convention where candidates would be selected.

Mr Cleopas noted that the decision of who to endorse for the presidential ticket of the party would be collectively taken by the state at the convention.

“The Bayelsa chapter of the PDP will receive all presidential aspirants under the platform of the party, the party will ensure that all the aspirants are given level playing ground.

“However, it is the position of the state chapter of the party that there will be no endorsement of any particular candidate before the convention.

“The position of the state will be decided collectively at the convention ground,” he said.

Mr Cleopas said it was encouraging that people of integrity with the requisite political clout were aspiring to run for the presidency in the 2019 election on the platform of the PDP.

According to him, the PDP has the strength to wrestle political power from the All Progressive Congress (APC) in 2019, with its vast spread and visible presence in all the 774 Local Government Areas (LGAs) of the country.

Argentina vs Croatia: The best result for Nigeria